EDGEFIELD, SC – The Edgefield Historical Society is bringing classic country music to the Discovery Center in May.

By admin on April 30, 2019Comments Off on EDGEFIELD, SC – The Edgefield Historical Society is bringing classic country music to the Discovery Center in May. 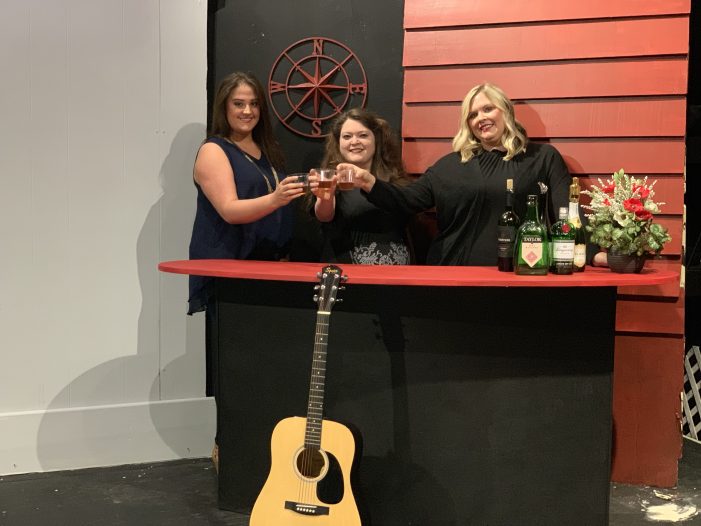 The Honky Tonk Angelsis a musical production in two acts that features such well-known songs as Your Good Girl’s Gonna Go Bad, I Will Always Love You, Harper Valley PTA, Coal Miner’s Daughter, I’ll Fly Away and Will the Circle be Unbroken.

The play tells the story of three women who need a break from their lives, so they take their chances in Nashville. Angela Bodine (Jamie Turner) is the queen of a doublewide trailer in Texas, where she lives with her husband, Bubba, and six kids. Sue Ellen (Caroline Bland) works in an office in Los Angeles and deals with a boss who is too friendly and a mother who is too nosy. And the youngest, Darleen (Cara Doolittle), is from a small town in West Virginia and has dealt with the death of her boyfriend and her mother. Each boards a bus to Nashville, where they meet and decide to sing together as the Honky Tonk Angels.

The show is personal for Bradley Watts, the director. “I love this show because the songs remind me of when my mamma would listen to them when I was a kid. They make me remember those times with her.”

Assistant director Dustin Turner said the show evokes a range of emotions. “It might sound cliché, but it’s true – this show really will make you laugh and cry. These songs go perfectly with the mood of the story and tell about love, loss, redemption, striking out on your own. Some of them, like Your Good Girl’s Gonna Go Bad and The Pillare just hilarious. More than anything, you’ll want to sing along, and you’ll be entertained.”

EDGEFIELD, SC – The Edgefield Historical Society is bringing classic country music to the Discovery Center in May. added by admin on April 30, 2019
View all posts by admin →