By admin on April 25, 2019Comments Off on Johnston Community Concerts May 3 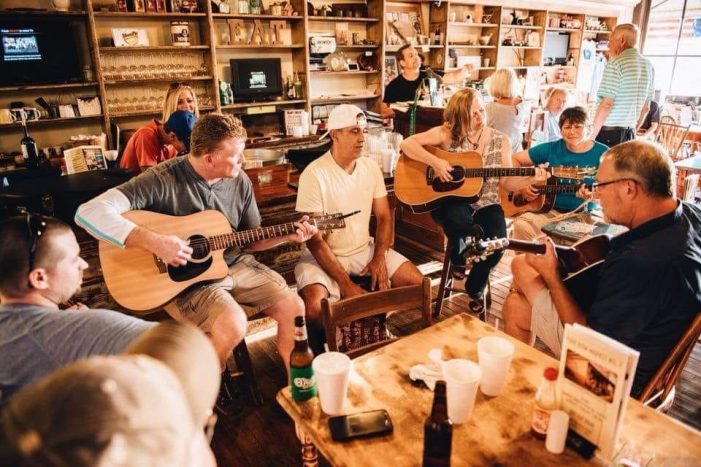 The Johnston Development Corporation (JDC) is sponsoring its second springtime Community Concerts in the Park in Johnston on the first Friday May.

The Concert, which will be held 7-8 p.m., and is free and open to the public, and will be held in Mims Park in front of Johnston Elementary School. These concerts are designed to present a diversity of music for concern-goers to enjoy. WKSX radio is the Concerts Sponsor.

Performing Friday, May 3, is Edgefield County Acoustic—Guitar Pull.  This group was formed by local citizens who love listening, playing, and writing acoustic music. The membership is open to the public. The group meets monthly at Park Row Market in downtown Edgefield. Like them on Facebook to see where and when the next gathering will be. Come and play, sing, or just listen to homegrown acoustic music!

The third and last concert will be held June 7, an Old Timey Gospel Hour.

These concerts will be held rain or shine. In case of rain, the concerts will be move inside the Johnston Elementary School Gym. No coolers or alcohol will be allowed. Concert attendees should bring their own chairs.

The Johnston Development Corporation, a non-profit volunteer organization that has helped the Town of Johnston grow in many ways for over 30 years, works to aid the community in areas such as economic development, education, recreation, historic preservation, tourism, scientific and cultural opportunities, and continued promotion of Johnston.

Johnston Community Concerts May 3 added by admin on April 25, 2019
View all posts by admin →