By admin on July 16, 2019Comments Off on Two Edgefield Youth go to National 4-H Shooting Sports 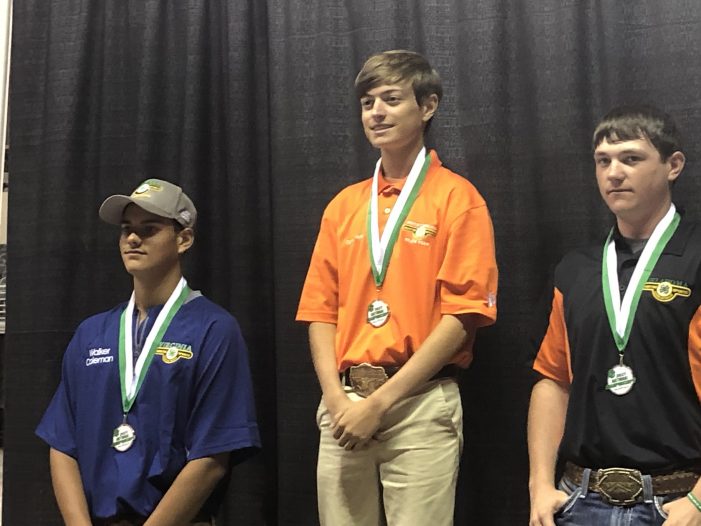 Cameron Huston of Edgefield (center) won the National Trap Shooting Title at the 4-H National Championships for Shooting Sports in Nebraska, in June.  He is pictured here with Walker Coleman (3rdplace from VA) on the left and Hunter Pence (2ndplace from Oklahoma).

As a team they came in 7th; Cameron Huston became the 2019 National 4H Trap Champion.

The Southeastern Clay Combine were held in Sardis, Mississippi with top teams competing from 4 states – Alabama, Georgia, Mississippi, and South Carolina. Each state was able to send its top ten teams to compete in Skeet, Trap, and Sporting Clays events.  Strom Thurmond High School qualified to send a squad consisting of Eric Rodgers, Thomas Rhodes, and Cameron Huston.  The squad represented South Carolina well, finishing in 2nd place overall with a combined score of 393 out of 450 targets. Cameron had a great day of skeet shooting 50 out of 50 targets in the rain, and won HOA in a shoot off where he also did not miss.