A Biography of Senator Lawrence Cain

By admin on August 28, 2019Comments Off on A Biography of Senator Lawrence Cain 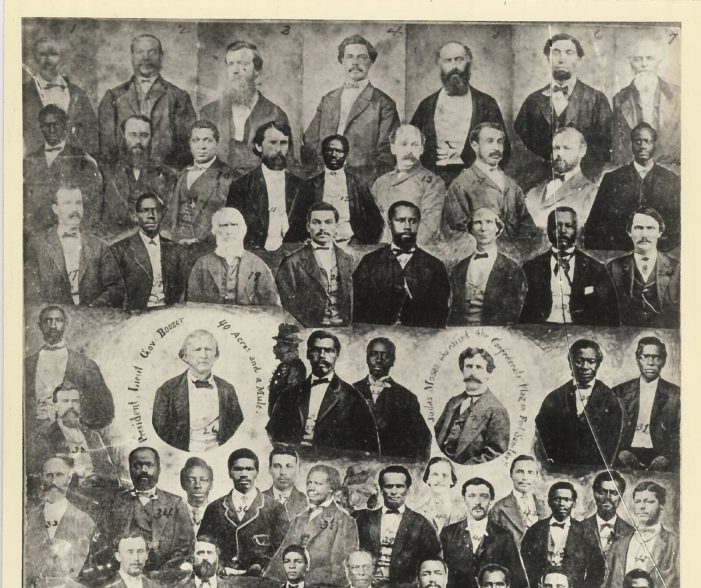 Another Volume of Edgefield Black History

Lawrence Cain was the slave and biological son of Dr. Sampson V. Cain, the master of ceremonies at the banquet honoring Representative Preston Brooks’ caning of Senator Charles Sumner. Lawrence Cain was a body servant to a Confederate soldier during the Civil War. He was shot at Appomattox and was present when General Robert E. Lee surrendered to General Ulysses S. Grant on April 12, 1865. Upon returning to Edgefield, South Carolina, Cain opened the first black school in the county in 1866. He served as Registrar, Edgefield County, in 1867, and as Commissioner of Elections in 1868. Cain began his two terms as a state representative in 1868. He was a Census Enumerator in 1870. That same year he also served as Warden for Edgefield County and School Commissioner of Edgefield County. In 1872 he became a State Senator. The plan which restored Southern whites to power in 1876 was “The Edgefield Plan” where Democrats used force and violence to fraudulently wrestle the election from Lawrence Cain and the Republicans.

Dr. Orville Vernon Burton, historian and author of “Age of Lincoln”, states that, “Lawrence Cain is a true American hero, and his is a story to be celebrated. In the American South where statues of Confederate generals and white supremacists are memorialized in both books and across the landscape, Lawrence Cain provides an alternative role model to balance the overwhelming Civil War and Reconstruction mythology that has dominated our understanding of those periods in the American South.”

Dr. Burton adds, “As we mark the sesquicentennial of Reconstruction, the era remains a challenge because there are few other periods in American history where such a wide gap exists between scholarly understanding and public consciousness. Virtue of Cainhelps set the record straight and should be read by the public as well as by professional historians.”

About the Author
Kevin M. Cherry, Sr., the great-great grandson of Lawrence Cain, worked in the high tech industry for 30 years. He left Microsoft after 20 years in early 2018 and began his journey to research the facts and uncover the family truth about his paternal ancestor. His inaugural book provides the first comprehensive, chronological account of Senator Lawrence Cain’s life and times.

A Biography of Senator Lawrence Cain added by admin on August 28, 2019
View all posts by admin →