By admin on August 28, 2019Comments Off on Pine Ridge Club 50th Anniversary 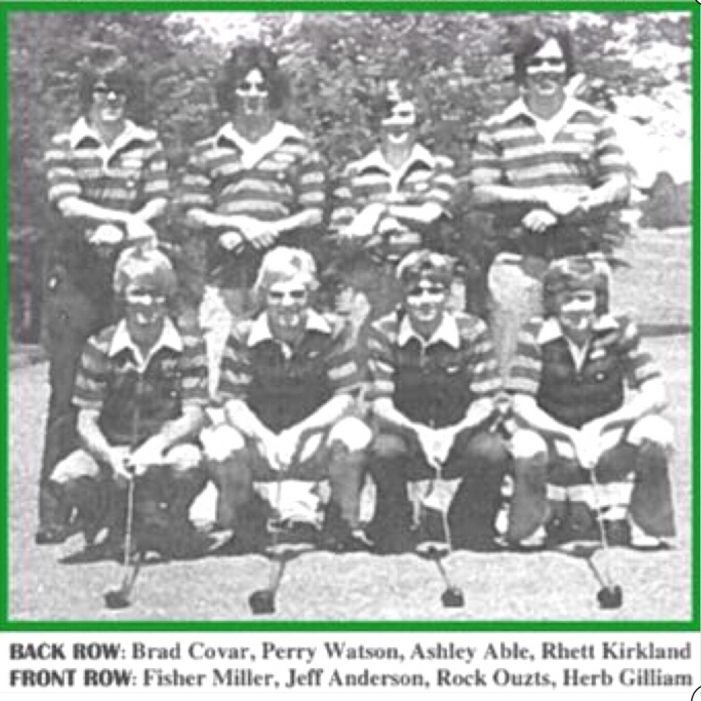 When Pine Ridge opened in 1969, there were very few who played golf on a regular basis. A concerted effort was made by the Board of Directors and golf pro Jack Hamilton to introduce people of all ages and both men and women to the game from the very beginning. In addition to private golf lessons offered by Jack Hamilton, he also taught golf in free clinics to both men and women. Many of our local citizens began to play in many of the golf tournaments held at Pine Ridge throughout the year.

Our junior golfers quickly picked up the game with a keen interest in the competition. So it was not a big surprise when junior golfers Brad Covar and Jeff Anderson approached then school superintendent Howard Moody about creating a golf team at Strom Thurmond High School. Mr. Moody approved the proposal set forth by the young golfers and the first golf team was established in 1976. Interestingly, this team won the South Carolina State Championship in Division AAA in its first year of existence!Pine Ridge was just seven years old at the time so it was quite a feat for these young student athletes to learn the game of golf in such an expedient manner and represent both Pine Ridge and Edgefield County in such a professional way. The golf team is pictured here along with the names of the members of the team. Congratulations to the 1976 golf team and first one at Strom Thurmond High School!