By admin on September 16, 2019Comments Off on Council Honors Ozone All-Stars 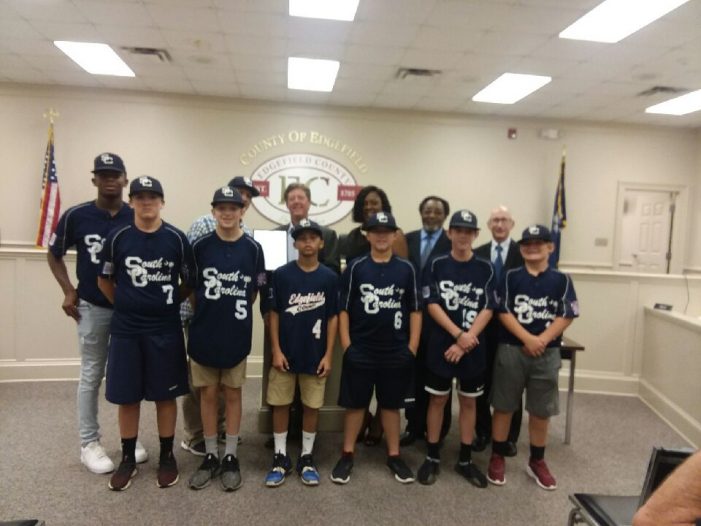 County Council approved a resolution at their Sept. 3 meeting recognizing the 2019 Edgefield County Dixie Youth Baseball Ozone All-Stars.  The resolution noted the team’s accomplishments including their outscoring of opponents 53-0 in the district tournament, their defeat of opponents in 6 straight games with no losses to advance to the State Championship, their setting of records at the State Championship for the most strike-outs in a single game and the longest game innings, and their finishing as runner-ups in the Dixie Youth Baseball World Series.  Pictured are some of the members of the team and their coach with Council members Chairman Scott Cooper, Dr. Jackie Kennion, Vice Chairman Albert Talbert, and Dean Campbell.