By admin on November 8, 2019Comments Off on OLD EDGEFIELD DISTRICT GENEALOGICAL SOCIETY 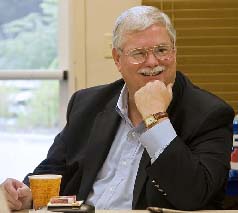 Located in the Tompkins Library Building

If there are any questions or additional information required, please call 803-637-4010.

The public is cordially invited to the Old Edgefield District Genealogical Society (OEDGS) meeting on Sunday, November 10th, at 3:00 p. m., in the Lynch Building Annex of the Tompkins Library, 104 Courthouse Square, Edgefield. The guest speaker will be Mr. Charles Baxley, who speak on “Francis Marion, Becoming the Swamp Fox.”  This is the story of the transformation of a strict disciplinarian, Continental infantry regiment commander, to a fighter with only a handful of ragged men, no money, no weapons or supplies, no command authority, and backed by no government, who in five short months defeated the British in the Pee Dee area of South Carolina and became the legendary Swamp Fox.

Mr. Baxleyis a 1974 graduate of the University of South Carolina with a degree in political science and a 1976 doctorate in law.  He is a general practice lawyer and lives in Lugoff, South Carolina, where he has practiced law in the firm of Baxley, Pratt & Wells, P.A. for forty-three (43) years. He is married to Judy Carol Duncan of Greenville, South Carolina.

He has received the Silver Beaver award from the Boy Scouts of America and the Order of the Palmetto from the State of South Carolina.  Mr. Baxley’s hobbies include history, travel, aviation, and woodworking.  He is the editor and publisher of the on-line journal, Southern Campaigns of the American Revolution, and books on the Southern Campaigns, and gives battlefield tours and military staff rides.  His article on Gen. Nathanael Greene in South Carolina’s Lowcountry is featured in the winter 2017 edition of Army Historymagazine.  He has organized: academic conferences on Revolutionary War topics; an archaeological exploration of the Hobkirk Hill battlefield; a field trip group known as the “Corps of Discovery” to take people to little known Revolutionary War sites in the South; and a Revolutionary War Roundtable for amateurs and professionals to discuss the War in the South.  He is the on the Board of the Historic Mapping Congress, was the Chairman of the Battle of Camden Preservation Project Advisory Council, and appeared in documentaries on the Revolutionary War in the South, the latest filmed by SC ETV for middle school instruction on the Revolutionary War in South Carolina.