By admin on December 23, 2019Comments Off on MFD Hosts Annual Christmas Banquet 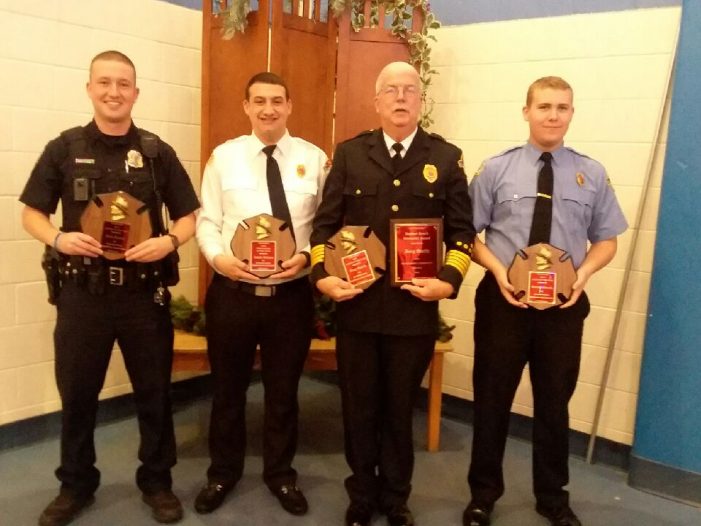 Merriwether Fire Department hosted their annual Christmas Banquet, December 10, 2019, at Sweetwater Baptist Church.  The fireman and their invited guests enjoyed a catered meal, laughs, and fellowship as they celebrated the holiday season and recognized and honored different department members.  One of those honored was Chief Joey Smith who was given this year’s Herbert Bunch Award. Smith’s devotion of “countless hours to building Station 4” was noted as one of the reasons he was awarded this honor which is given in memory of one of the department’s founding members.  Chief Smith was also named the 2019 Officer of the Year.  For this award, Smith was praised for going “above and beyond” for the department. He was described as “a rock that we all depend on.”  Austin “Sid” Bridges was named the 2019 Firefighter of the Year.  Cody Rauton took home the honor of being named 2019 Rookie of the Year, and Gabriel Grucela was awarded 2019 Cadet of the Year.  A host of firemen received the ever popular Captain Crunch Award.  This award is given to firemen who destroy, damage, or otherwise compromise department equipment.  Perhaps more fun than seeing which firemen are “honored” with this award is the stories that accompany the awards; they always produce many laughs, showing that the firemen not only know how to celebrate but also how to laugh at themselves.