By admin on January 8, 2020Comments Off on Newberry Journalism Professor Speaks on SC Journalist 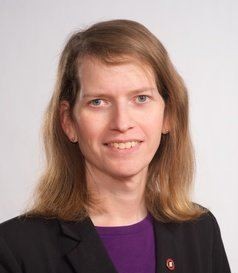 The public is cordially invited to the Old Edgefield District Genealogical Society (OEDGS) meeting on Sunday, January 12th, at 3:00 p. m., in the Lynch Building Annex of the Tompkins Library, 104 Courthouse Square, Edgefield. The guest speaker will be Dr. Jodie Peeler, Ph.D., who will discuss her new book, Ben Robertson: South Carolina Journalist and Author.

In this work, Dr. Peeler tells the story of a man consumed with a need to see the world but whose heart never really left home. Drawing heavily on Robertson’s writings and personal papers, Peeler describes his active career as a journalist, which took him to Hawaii, Australia, Europe, Java, New York, and Washington, D.C.

The early years of Robertson’s career were spent as a reporter for the New York Herald-Tribune. After several years as a freelance writer, he became a World War II correspondent covering England for the New York newspaper PM. While Robertson’s wartime dispatches drew attention and praise, they represented but one aspect of the man’s wide-ranging works and career, for the Ben Robertson who witnessed destruction and heroism in the fires of London was also a proud son of South Carolina.

In addition to his work as a journalist. Robertson wrote three books. Travelers’ Rest, a fictionalized account of his ancestors’ settling in South Carolina, ruffled southern feathers. In I Saw Englandhe presents a firsthand account of the Battle of Britain and advocates for the United States to intervene in World War II. His heartfelt memoir, Red Hills and Cotton, which recalls his boyhood days in Pickens County and calls for the South to look to the future, became a southern classic. In 1943, while en route to his new job as London bureau chief for the New York Herald-Tribune, Robertson lost his life in a plane crash.

Throughout his decidedly brief but adventurous life, Robertson never stopped being what one friend described as “a sentimental South Carolinian who carried his dreams on the tip of his tongue.” And over time he evolved into a progressive voice calling on the South to reevaluate its attitudes on race and economics. This is the story of that proud South Carolinian, from the dreams that propelled him around the world to the sentiment that always called him home.

Dr. Peeler is professor of communications at Newberry College, where she teaches journalism and specializes in media history and media law. She is a former newspaper reporter, and has also worked in radio and advises both the student newspaper and the College’s radio station. Dr. Peeler’s main research interest is the history of broadcasting in the United States.  A Greenwood County native, Peeler earned her master’s and doctoral degrees from the University of South Carolina.