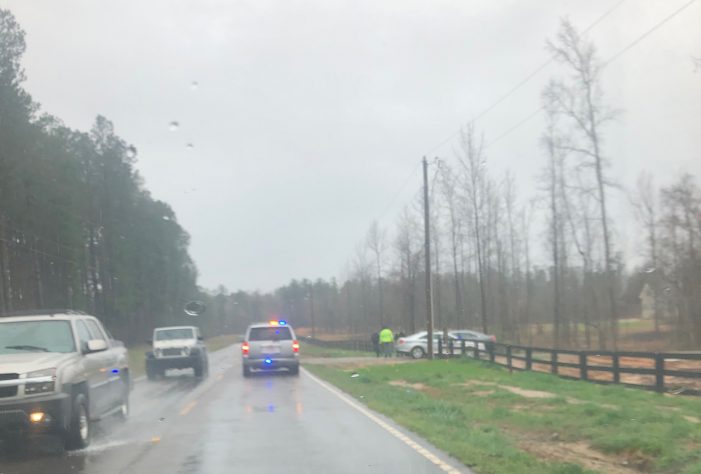 The body of a hit and run victim found Thursday morning on Sweetwater Road near Indian Ridge Court in the Merriwether section of Edgefield County has been identified as 59 year old Stanley Arthur Quimby of Graniteville. As previously reported by the Advertiser on our website, Thursday, Feb. 20, Quimby was seen by a witness walking in the area in which he was hit around 7:30 Wednesday night.  The call of his body being found came in about 9:30 the next morning.  An autopsy was scheduled for Friday, Feb. 21.  Evidence collected from the scene suggests Quimby was struck by a 1994-2002 Dodge Ram pickup truck possibly being pewter or gray in color.  The truck may have damage to its front and passenger sides.  The SC Highway Patrol is in charge of this investigation.  Anyone with information about this incident is asked to call them at 803-896-7920.

Update: The body of a white male described as being in his late 50s was found Thursday morning around 9:30, Feb. 20, near Sweetwater Road and Indian Ridge Court in the Merriwether area of Edgefield County, according to a spokesperson with the Edgefield County Sheriff’s Office; he is the victim of an apparent hit and run. A witness saw the man walking around 7:30 in that area the night before.  Evidence was collected from the scene that suggests the man was hit by a large pickup truck.  The man’s name has not yet been released as his next of kin has not yet been notified. An autopsy is pending.  The SC Highway Patrol is investigating this crime.