By admin on May 15, 2020Comments Off on WWII Veterans Organization Names Decorated 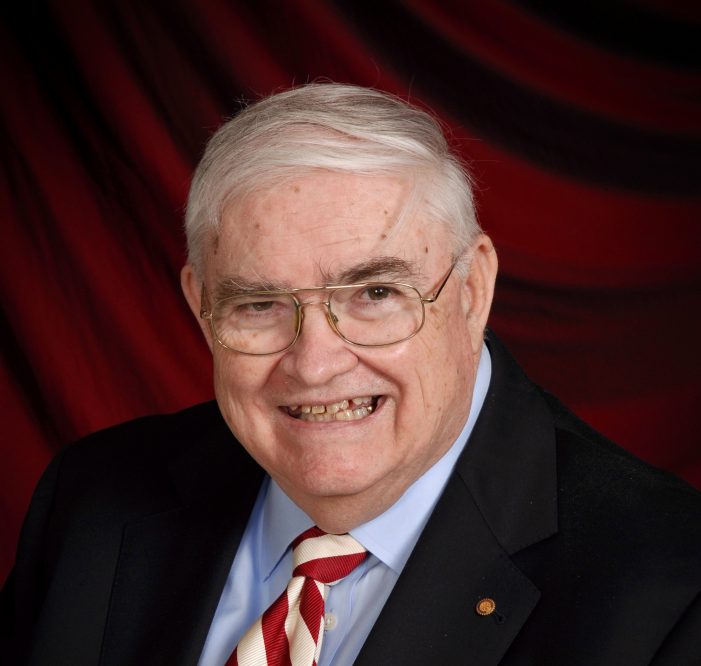 Richmond, VA- May 1: William Glenn Yarborough, Jr., the son of a World War II Army tank commander who fought at the battle of the Bulge, has been named Virginia State Chair by State Funeral for WWII Veterans.  This mission is to convince the President to designate a State Funeral in Washington, D.C., for the final Medal of Honor recipient from the Second World War.  This will serve as a proper national final salute to the greatest generation.

Nine states have passed a resolution through their state legislatures, or sent a letter signed by all members of their Congressional delegation, to the President requesting that he use his sole authority to make this happen.  They include Missouri, Minnesota, Utah, Texas, Tennessee, West Virginia, Louisiana and others.

“Our nation has held many state funerals for Presidents and Generals, but never one for an enlisted man,” said Bill McNutt, Co=Founder and National Chairman, State funeral for WWII Veterans. “Both the remaining MOH holders from the Second Word War were enlisted men, Hershel Woody Williams, US Marine Corp, Pacific War 1945, and Charles Henry Coolidge, US Army Europe 1944.”

The Honorable Woody Goldberg, Vietnam Veteran said, “I have known and worked with Glenn Yarborough since Vietnam.  Glenn is the kind of patriot we need to convince the White House to hold a state funeral for the final WWII Medal of Honor recipient.  We must never forget the sacrifices and service of those from the greatest generation.  It is important to never forget those who fought and served in the Second World War.”

National board member, Col. Donald Ballard, Medal of Honor recipient from Vietnam made these remarks: “Col. Glenn Yarborough distinguished himself serving two tours in Vietnam in Armored Cavalry Units.  He is the kind of manager and leader we need to get our resolution quickly through the state legislature in Richmond and the Virginia Congressional Delegation.

Glenn Yarborough, Jr. is the President and Chief Executive Officer of WGY & Associates, LLC. WGY & Associates is dedicated to the assistance of small and medium size firms as they offer their products to the Federal and State Governments.  He attended Edgefield Public Schools, the Citadel and is a graduate with two degrees from the University of South Carolina. His board service has included Carleton Electronics, Airbus Defense and Space Corporation, Hinz Consulting, Ricardo Defense, Easter Seals, the Cavalry Heritage Foundations (Vice Chair) and Commander of the 17thDistrict of the American Legion with 18 Posts and 8,000 Governor of Rotary International in Virginia.  Glenn is currently the Chairman of the United States Cavalry Association. Glenn is the elder son of the late W.G. “Mule” Yarborough and Bessie Rainsford Yarborough of Edgefield.

Launched Labor Day of 2017, the State Funeral for WWII Veterans has a mission, as stated earlier. This would be a final salute to the 16 million men and women of the Greatest Generation who served in our armed forces from 1941-1945. Every 40 to 50 years, the American President designates a non Presidential State Funeral. President Warren Harding held on in 1921 for the Unknown Soldier from WWI.  President Truman designed a State Funeral for General “Blackjack” Pershing in 1948.President Kennedy signed an order for General Douglas MacArthur’s State Funeral that was held in 1964.

WWII Veterans Organization Names Decorated added by admin on May 15, 2020
View all posts by admin →