I’ve Spent My Life Birding While Black. Here’s Why I Can’t and Won’t Forgive Amy Cooper

By admin on June 3, 2020Comments Off on I’ve Spent My Life Birding While Black. Here’s Why I Can’t and Won’t Forgive Amy Cooper 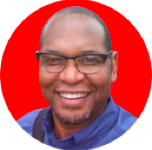 Used with permission of www.Newsweek.com Copyright© 2020. All rights reserved.

I fell in love with birds as a boy, when gravity convinced me that I would never fly. Birds could, and I fell hard for them, spending most of my spare moments watching and wishing. Since those early days of feather fascination in my home state of South Carolina, I’ve traveled through much of this country, and a bit outside it, as a bird watcher and conservation and cultural ornithologist. I’ve even made a trip to the hallowed grounds of Central Park in the heart of Manhattan.

On a chilly morning in May 2019, after giving a talk at the American Museum of Natural History, I went with my friends Nadir Souirgi and Jeffrey Ward to check out the park, one of the most birded public spaces in the world. It didn’t take long for the three of us to fall into the easy rhythm of walking, watching and calling out bird IDs.

“I heard an evening grosbeak call!” Jeffrey said. I called a northern waterthrush gurgling its unmistakable song from a low wet spot. Nadir was on a Swainson’s thrush skulking in the semi-manicured shrubs.

All the while, throngs of people passed by, oblivious to the three black men birding. People walked their leashed dogs within petting distance without incident. Nadir and Jeffrey are birding celebrities in the city and were stopped frequently by other birders—mostly white—who chatted happily about what was being seen and where and when.

I absorbed every minute. Three black men birding without negative notice in one of the most diverse cities in the world. We were only out for an hour or two, but it felt like a dream come true.

Fast-forward one year, and that dream seems far away. A fellow black birder and casual friend, Christian Cooper, was out for what must have been a heavily anticipated day in the Ramble, in the midst of peak migration, when he saw a white woman flout the park’s dog policy by allowing her pet to roam off-leash in the Ramble’s rich undergrowth, where some rare sparrow might lurk.

After Christian pulled out dog treats, the woman, named Amy Cooper, rushed toward him and warned she would call the police. Christian calmly began filming the incident with his phone. “I’m going to tell them there’s an African-American man threatening my life,” she said, insinuating that he would face the consequences because she is white and he is black.

She frantically followed through, calling the city’s 911 hotline already overwhelmed by COVID-19, as her dog twisted and turned, channeling her frenzy. Christian’s video went viral this week with the hashtag #BirdingWhileBlack.

I know this hashtag well. I first wrote it after reflecting on a lifetime of birding laced with fears of being hated, harmed or even hanged as I did what I love.

But then, what happened to Christian wasn’t as much about birding as it was about being black in America. The knowledge that some people hold enmity toward you simply because of the color of your skin is corrosive to the soul. Whether black people are watching birds, jogging through a neighborhood or sleeping in their own bed, the racist marrow within this country’s bones is a constant threat. And it is now being exposed on social media.

Call the Central Park incident a microagression if you want. Call it a mistake. But it was much more than that. No, Amy didn’t call Christian a “n*****.” She didn’t chase him down with a pickup truck. She didn’t brandish a gun and shoot him dead. She didn’t crush his windpipe with her knee as he told her he couldn’t breathe. What she did was call up centuries of stereotyping against black men to aim the police at him, a punitive act that could have proved fatal.

In that moment of irrational anger, she apparently didn’t care. In that moment, after being politely asked to obey clearly posted rules, it seems she expected the police to ride in, arrest the black man and rescue her from the insult of having him correct her behavior. She appears to have felt certain she would walk away with impunity, as everything exploded behind her.

But Christian didn’t blow up. He just kept recording. And that video evidence lit a fire around her instead. In this particular case, the black man—who just happened to be birding—was the one to walk away.

In a video that has since gone viral, Amy Cooper called the police on Christian Cooper in Central Park. FACEBOOK

Although there are a few folks out there trying hard to improve the skewed numbers, birding is indeed one the whitest things a black person can do. But if you have a passion for something, in this case for birds—as Christian Cooper does, as I do, as Nadir Souirgi does, as Jason and Jefferey Ward do, as Dudley Edmondson does, as Keenan Adams does and as some other black Americans do—then you should be able to practice that passion in soaring liberty, without hesitation, fear or needing to keep one eye on the birds and one on your back.

It’s exhausting being a black man in this country, and I refuse to not be fully who I am—an Afro bird adorer and otherwise. I won’t relinquish the high ground of “right” here, and I can’t and won’t forgive Amy or any racist who spews hate. Forgiveness is not an adaptive trait when others seek to snuff you out. It’s evolutionary suicide. My goal is to survive. Hopefully to thrive in my chosen life and passion.

Amy has been fired from her job at an investment management company and reportedly has given up her dog to an animal rescue organization. I’m not unhappy that her life is being torn apart. Justice is being served, even if her privilege lifts her off the hook sooner than later. She’ll be back investing millions for billionaires in no time. She’ll get another dog. And there’ll soon be other stories of racial bias that surface and many, many more that don’t. Unarmed black people will continue to die.

Meanwhile, I’m going to keep at it. Bird watching. Being black. Speaking out. Trying to make some difference with words as fire for birds and people alike. I don’t want birding while black to be an oddity. I want black lives to matter to the point where whatever we legally do—jogging, watching birds, sleeping in our beds, breathing or otherwise just being human—we won’t be blown apart by someone using the privilege of impunity against us because of the color of our skin. Bird on, y’all.

J. Drew Lanham, Ph.D., is a lifelong bird watcher and an Alumni Distinguished Professor of Wildlife Ecology and Master Teacher at Clemson University. He is also the Poet Laureate of Edgefield, South Carolina, and author of The Home Place: Memoirs of a Colored Man’s Love Affair With Nature, a Chronicle of Higher Education selection as a Scholarly Book of the Decade.

I’ve Spent My Life Birding While Black. Here’s Why I Can’t and Won’t Forgive Amy Cooper added by admin on June 3, 2020
View all posts by admin →