By admin on July 9, 2020Comments Off on Flash Flooding Damages Roads and Homes 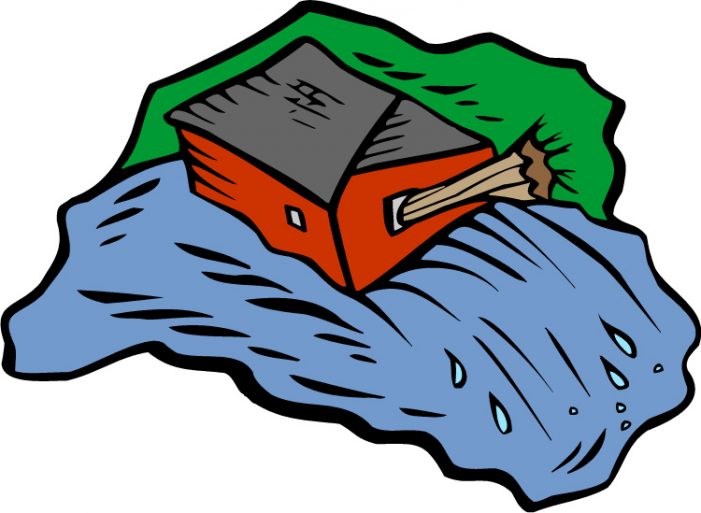 Rains Tuesday, July 7 brought flash flooding across Edgefield County that caused damage to roads and homes and knocked down trees and power lines. Millcreek Drive, Broken Arrow Court, Indian Ridge Road, and Scenic Road, all in the Merriwether section of Edgefield County, sustained the most damage according to Suzy Spurgeon, Emergency Management Director, who spoke to the Advertiser, Tuesday.  Spurgeon said that 2 mobile homes were destroyed on Broken Arrow due to flooding, and a portion of the road at Millcreek was totally washed away leaving residents of that dead end road unable to get in or out.  County Administrator Tommy Paradise said in a report to Edgefield County Council, Tuesday night that about 200-250 people were impacted by the loss of access on Millcreek Drive.  Homes on Broken Arrow, Indian Ridge, and Scenic Road also had residents who were trapped because of the flooding.  In all, eleven people had to be rescued by Merriwether Fire Department and the SC Department of Natural Resources.  However, no injuries were reported as a result of the flooding.

Flooding was also seen on a portion of Martintown Road just north of Sportsmen’s Corner, Tuesday.  Sweetwater Road flooded at Dry Branch Creek and that road had to be shut down for a time. Woodward Road at Waters Edge Road and Bream Oak Road, both in Trenton, also had flooding as did McCreight Road in Johnston.  However, as of Wednesday, July 8, the only areas that remained closed were Millcreek and Scenic Drive, according to Spurgeon.

In an interview Wednesday, July 8, Spurgeon said that the County had signed an agreement with the National Forestry Service which will allow the County to construct a road to connect with a nearby forestry road to provide temporary access to Millcreek.  The County expects to use the temporary road for about 6 months to a year.  Spurgeon also relayed that the road is expected to be open as early as Wednesday night.  The National Guard was also assisting the County Wednesday by sending up drones to assess the situation in the Dry Branch and Cheves Creek areas.

Residents displaced as a result of the two destroyed mobile homes were put in contact with the Red Cross.  Officials, including Senator Shane Massey and Representative Bill Hixon, were on the scene Tuesday and Wednesday to assess the damages and assist residents.

Flash Flooding Damages Roads and Homes added by admin on July 9, 2020
View all posts by admin →