By admin on July 10, 2020Comments Off on Wreck on Martintown Road at Sportsmen’s Corner 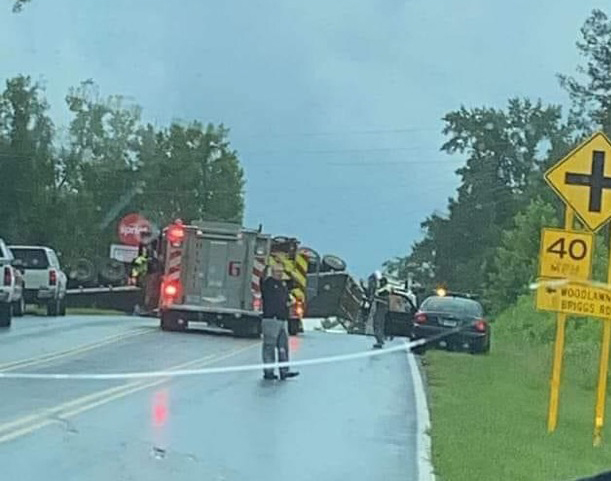 As if rains and flash flooding in the Merriwether area of Edgefield County was not enough to keep first responders busy Tuesday, July 7, a wreck also required their attention at the intersection of Martintown Road at Sportsmen’s Corner.  According to an official on the scene, the wreck involved 2 SUVs and a tractor trailer. The tractor trailer overturned as a result of the accident, and a small diesel fuel leak resulted.  The SC Department of Health and Environmental Control was called to the scene to assist with that cleanup.  One injury was reported as a result of the wreck.  That person was transported via EMS to an area hospital with what was believed to be non-life threatening injuries.

Wreck on Martintown Road at Sportsmen’s Corner added by admin on July 10, 2020
View all posts by admin →