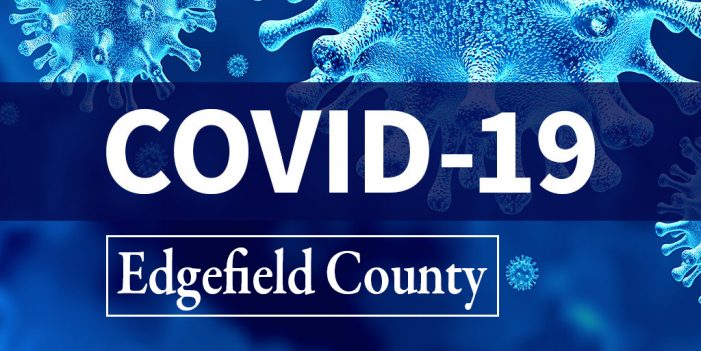 When asked about the current COVID- 19 numbers in the Advertiser’s weekly update, August 17, 2020, Emergency Management Director Suzy Spurgeon immediately proclaimed, “We’re lovin’ ‘em!”  She shared that on the day in question Edgefield County had 72 active cases of the virus.  That number is down from last week’s 86 active cases.  Spurgeon said the county still had “a significant number of cases in the 29824 zip code” with 39 active cases being in that zip code but reminded that, that zip code is one of the largest zip codes in the county.  There were 14 cases in the 29832 zip code, 1 case in 29835, 29847 had 7, and 9 were reported in the 29860 zip code.  Two cases were coded as being “unknown” meaning the zip code to which they should be attributed had not been determined.  Even with increased testing in the county, the numbers still continue to trend downward.  The recent testing at the Edgefield campus of Piedmont Technical College tested 147 people.  Of those tested, only 15 positive cases were found and not all of those 15 were from Edgefield County.  Last week’s testing in Johnston tested 132 people.  However, numbers from that testing were not yet available. Edgefield County has had 351 cumulative cases of COVID-19. Unfortunately, Edgefield County has had another death attributed to the virus.  However, this was not a new death but rather the one that for some weeks had been reported as probable; it has since been determined to be due to COVID. As for the state, Spurgeon said of those numbers, “We’re looking very, very good statewide.” As of Aug. 17, South Carolina reported only 459 new cases.  That is one of the lowest numbers reported in a single day for the State in some time.  South Carolina has had 105,466 COVID-19 cases overall thus far and 2,165 deaths as a result of the virus.