By admin on August 11, 2020Comments Off on JoNathan Foundation Find Ways to Impact Local Youth 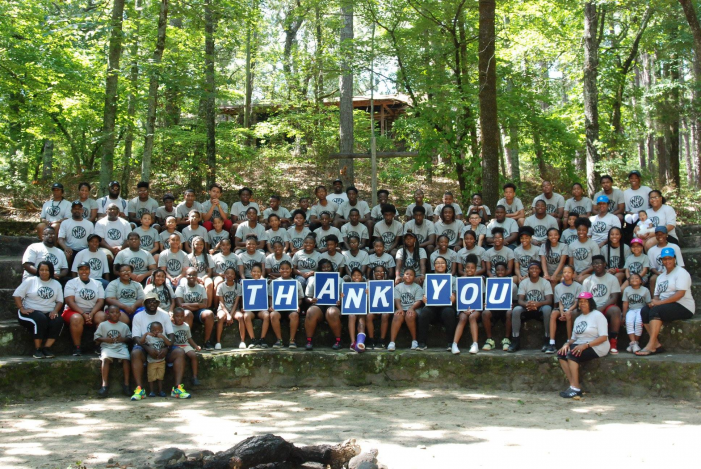 In 2011, Reggie Simpkins sent a text to his brother, Kolinski Simpkins and their close friend Terrance Cheatham telling them he thought they should start a group to give back to the youth of Edgefield County in remembrance of his brother who died tragically. Terrance and Kolinski responded they had been thinking the same thing. The text was the beginning of the JoNathan Foundation. Reggie was attending Clemson University at the time and was majoring in Public Administration.

“I started right after we had this conversation and a lot of what we were doing in those classes gave me the opportunity to create the strategic plan, mission statement, and all of that stuff while I was in class,” said Reggie Simpkins, Co-founder of the JoNathan Foundation. During the next few years the foundation began raising funds to send kids to camps. “We kind of evolved and were able to get Clemson’s track coach to come to Edgefield for the kids,” explained Reggie. Having camps in Edgefield meant the foundation’s funds went further and it was able to serve more students. The camps began to center around Leadership Academies.

While Covid has impacted the JoNathan Foundation’s operation and fundraising activities, it has still been able to have an impact. “We are going to try to have a golf tournament in September. We have not been soliciting funds during this time because we know people are feeling the economic impact of the pandemic,” said Reggie. The foundation was able to offer a virtual leadership camp. The camp was held in July and provided kids with two hours a day of on-line interaction with highly successful mentors. The goal was to help students develop a plan after high school. The camp also encouraged literacy and life planning focusing on daily choices.

Stritzinger’s provided the district detailed internet and broadband mapping of Edgefield County. This information detailed the challenges with establishing broadband access in rural areas. The data was used by the AccerateSC Task Force for addressing broadband issues for the state of South Carolina. The data provided by Stritzinger meant that Edgefield County Schools was included in the AccerateSC agenda for resolving rural broadband issues statewide.

Reggie stated that 2021 is JoNathan’s ten year anniversary. “We now have people who have attended our camps that are in college or the military or are successful in their jobs. Having these people come back next summer to speak to the kids is huge and some of them will serve as junior counselors which provide them leadership experiences,” said Reggie. The vast majority of adults who support our foundation are living other places, but they are from Edgefield County. Reggie says they have one thing in common; we want to give back to our county’s youth because when we were young, we had so many people supporting and mentoring us.