By admin on August 27, 2020Comments Off on Merriwether Fire Dept. Aids Chester County 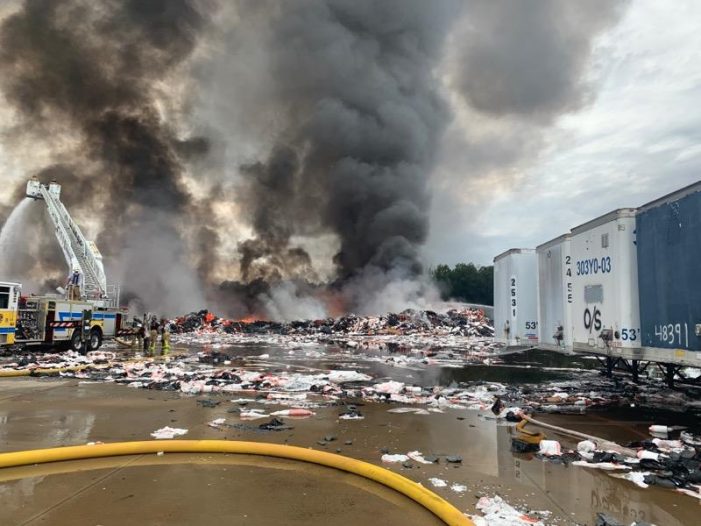 Merriwether Fire Department responded to a call for assistance from Chester County, Aug. 24 to help contain a fire at Carolina Poly, Inc. off Lancaster Hwy in Chester County.  MFD sent one truck containing 615 gallons of foam to fight the fire.

According to the broadcast station WBTV, officials believe the fire started around 5 a.m. in trailers located outside the actual plant where plastics were stored. The Charlotte Observerreported that 10 state and county agencies responded to the scene.  The Observerreported that the cause of the fire had not been determined.  The Observeralso noted officials who stated that the Chester County fire could be even bigger than the one that occurred last week in Texas at a similar plant.

According to the company’s website, Carolina Poly Inc. “produces several lines of polyethylene products, including trash bags and construction films.”