A Fairy Ring of Mushrooms in Edgefield County

By admin on September 7, 2020Comments Off on A Fairy Ring of Mushrooms in Edgefield County 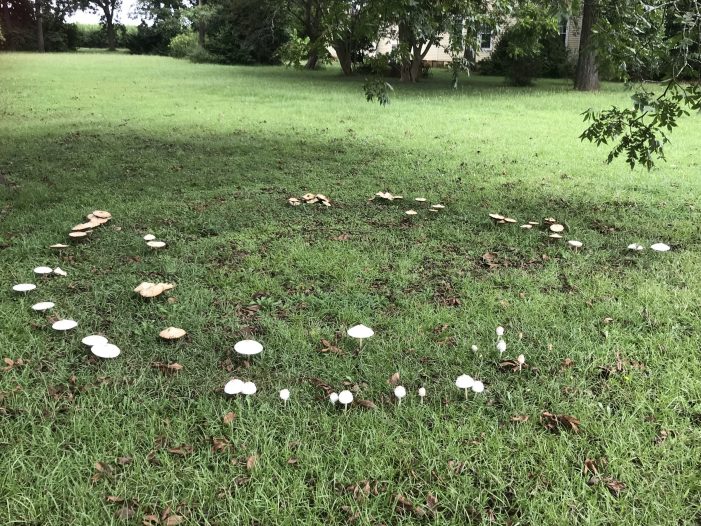 Mushrooms in a Circle

Abundant rain, high humidity, overcast skies and a fairy ring. A fairy ring is a naturally occurring ring or arc of mushrooms. They are found mainly in forestedareas, but also appear in grasslandsor rangelands. Fairy rings are detectable by sporocarps(fungal spore pods) in rings or arcs, as well as by a necrotic zone (dead grass), or a ring of dark green grass. Fungus myceliumis present in the ring or arc underneath. The rings may grow to over thirty feet in diameter, and they become stable over time as the fungus grows and seeks food underground. This fairy ring was growing in Trenton. Email pictures of the mushrooms growing in your yard to arthur@edgefieldadvertiser.com.

A Fairy Ring of Mushrooms in Edgefield County added by admin on September 7, 2020
View all posts by admin →