Volunteer Fire Departments Are Vital for County Safety and Your Finances

By admin on November 5, 2020Comments Off on Volunteer Fire Departments Are Vital for County Safety and Your Finances 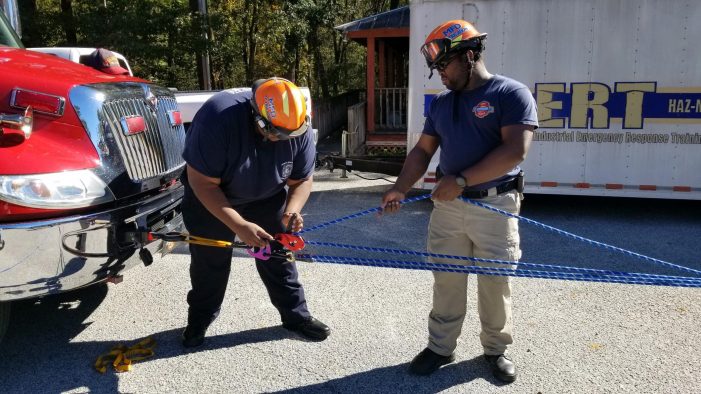 ​Every firefighter in Edgefield County is a volunteer. “The men and women who want to do this are compassionate to want to come out and help. It doesn’t matter if its two o’clock in the afternoon or two o’clock in the morning,” said Joey Smith, Merriwether Fire Department chief.

​The men and women firefighters in our county make significant sacrifices in order to serve. Tim Malcomb, County Line Fire Chief, explained that the volunteers have to complete training on their own time. His department, like most in the county’s departments, meet once a month for specific training and try to meet another Saturday during the month for additional practice.

​The training the volunteers go through ranges from 1152, the most basic training that takes 120 hours to Fireman 1, Fireman 2, Extrication (Removing people from wrecked vehicles), to Driver, Road Training to live burns every year. ​“The training deters a lot of people from volunteering because they have to complete the training in six to twelve weeks,” noted Smith.

​Your home’s insurance rates are determined by your Insurance Services Offices (ISO) rating. The ISO rating is determined by the call volume, territory, training and equipment in each department, and the availability of creditable water. Malcomb said the newer subdivisions were placing hydrates 1,000 feet apart and that had not been done in the past. Smith said you could still get insurance if the all-volunteer fire departments were not there. “You can get it, you won’t like the premium,” chuckled Smith.

Malcomb and Smith said that cooperation and collaboration between the departments in the county was critical. He explained that multiple departments respond to calls depending on the location of the fire. Both Malcomb and Smith said they were in good shape financially. Smith shared that a new station was built last year bringing their total to four and they already needed another station. He said he could always use additional equipment to serve the county better. County Line’s department recently received a FEMA grant to help cover equipment costs.

Malcomb said the biggest challenge facing his department was recruiting new volunteers. He expressed concern that as the volunteers on his staff rotated out, finding replacements is a challenge. Smith shared that for the first time in Merriwetherdepartment’s history, they do not have any cadets. Cadets are young people between the ages of thirteen and eighteen who are interested in becoming firefighters.

Both Chiefs stressed the sacrifices the volunteers who serve our county as firefighters make. “People are going along with their lives eating out or working and the tone drops and all of sudden you’re knee deep for six hours,” noted Malcomb. Malcomb also noted that during the pandemic he has been concerned. Many of the volunteers are first responders and arrive at auto accidents before anyone else. His explained that in the back of his head he worries about the safety of those he serves with due to people who are often struggling with breathing when the volunteers arrive at an accident. “It’s not only their safety at risk, it’s the others in the department and their families too, said Malcomb.

Malcomb shared that he is often at a fire and people ask why firefighters show up at different times with work clothes on driving their personal automobiles. He guessed 75% of people think he and the other volunteers are paid staff.

Edgefield County has a significant number of people who serve as volunteers. From the Watershed Board to the Soil and Water Commission to the Planning Commission to so many more. Our lives are better because these people are willing to give their time, energy, and expertise to help make our lives in Edgefield County better. Please contact your Volunteer Fire Department for information on how you can get involved.

Volunteer Fire Departments Are Vital for County Safety and Your Finances added by admin on November 5, 2020
View all posts by admin →