By admin on December 13, 2020Comments Off on Elected Vice President of The Citadel Alumni Association 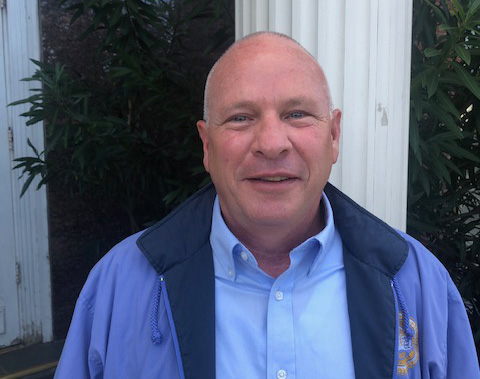 The first Alumni Association of The Military College of South Carolina was founded November 19, 1852 with C.C. Tew, Class of 1846 serving as the first association president.  One hundred and sixty-nine years later a citizen of Edgefield County has been elected vice president of The Citadel Alumni Association.  Charles Bledsoe of Johnston, South Carolina, has begun another journey of service to his alma mater that will take him to the presidency of the alumni association over a three year period.

LTC (ret) Bledsoe is a graduate of Strom Thurmond High School and became a member of The Citadel Long Gray line upon his graduation in 1991. He currently works as the Portfolio Manager over multiple contracts at Fort Jackson, South Carolina for Panum Group, LLC.  Charles is married to the former Allison Schuman, a native of Savannah, Georgia and graduate of Augusta University. Charles and Allison have three children: Virginia Brooks (senior at the College of Charleston), Mary-Charles (freshman at the University of South Carolina), and Preston (junior at Strom Thurmond High School).

Following his graduation from The Citadel Charles’ first assignment was as a Rifle Platoon Leader, and later as a Battalion Supply Officer (S4), in the 25th Infantry Division (Light) at Schofield Barracks, Hawaii. Early in his career the Army selected him to attend the Army Comptroller Program at Syracuse University, where he earned a Master of Business Administration degree. His career included numerous assignments as a senior Quartermaster Officer culminating with serving as the ARCENT Contingency Budget Chief, Chief of Host Nation Integration & Exercises, and Chief of Business Operations in the US Army Central Resource Management office at Fort McPherson, Georgia and Shaw Air Force Base, South Carolina.  Charles retired from the Army in April 2012 after 20 years of active service. His military awards and decorations includes the Legion of Merit with 2 Oak Leaf Clusters (OLC) that is given for exceptionally meritorious conduct in the performance of outstanding services and achievements. During his career, Charles was deployed overseas multiple times for operations in South Korea, Haiti, Nicaragua, Egypt and Kuwait.

LTC (ret) Bledsoe and his family reside in Johnston.

Elected Vice President of The Citadel Alumni Association added by admin on December 13, 2020
View all posts by admin →