By admin on March 2, 2021Comments Off on Jeanette Berry- Johnston, SC 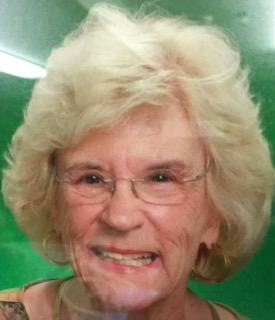 Jeanette Griffis Saye Berry of Johnston, South Carolina passed away on February 24, 2021 after deteriorating from a fall where she injured her leg. She was the second of and the last remaining of seven children by Jack and Susie Griffis. She was 98, only two months away from her 99th birthday.
Originally from South Georgia she met her first husband, W.E. (Joe) Saye Jr. during World War II. Captain Saye was a fighter pilot and flew aircraft up from Florida to be repaired in Valdosta where they met. He would say that flying those ragged out planes was more dangerous than being in combat. Also, he told her stories of life-threatening moments such as the time he was in an uncontrolled decent and was about to bail out. The stick flopped around uncontrollably. He had the cockpit top slid back and the harness unbuckled but decided to try the stick again, it responded and the plane recovered but he said he may have taken the tops out of few pine trees. He passed in 1999.
Jeanette and Captain Saye had two children, Mike (Gail) and Jane. Jane passed in 2015. Mike is the owner of Carolina Machine in Johnston where they remanufacture automobile engines. Jeanette has two granddaughters by Mike and Gail. Michelle Ingram (Wes) of Inman, SC and Keely Saye of Alpharetta, Ga. They graduated from Wardlaw Academy, Clemson (Michelle), and USC (Keely). Three Great grandchildren by Michelle. Walker, Chandler, and Kinley Kate.
Jeanette and Joe came to Johnston from Columbia in the mid 1940’s to operate the full · time cafeteria at the newly constructed MIiiiken Textile plant. Captain Saye’s parents, Doctor W.E. Saye Senior and his wife had already come to Johnston where Dr. Saye served as the town’s doctor for several years.
Jeanette is the widow of J. Roy Berry who was an attorney in Johnston and served as the town attorney and town judge for a number of years. She managed his law office and they also did income tax returns for many years. She was well known far and wide for helping folks with their taxes, wills, or just counseling on different issues. She was loved and respected by many.
Graveside services at Sunset Memorial Gardens Saturday 02/27/21, 11:00 AM. Mercantile Funeral Johnston Chapel is in charge of arrangements.
Please share a memory or photo at www.edgefieldmercantilefh.com.