By admin on April 2, 2021Comments Off on Coxswain Skills Used to Help Struggling Readers 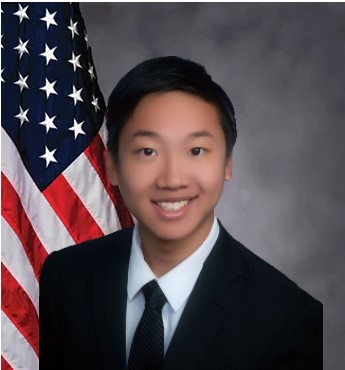 Working for Contracts with Local Schools

​A coxswain is the member of a rowing team who sits at the stern of the boat and steers, gives the team directions and updates them on the race. JT Wu was the coxswain on August Wherry’s (the editor’s grandson) row team when they competed at Nationals in high school. The Advertiser heard his story and felt it worthy of an article to give support to his work.

​Wu is now steering a team to help children read on grade level by the third grade. Wu is the Founder and Executive Director of Preface. Wu said his motivation for creating the foundation stemmed from the fact that 57% of American students are not reading on grade level at the end of third grade and the percentage increases to 65% by the end of fourth grade. Wu’s foundation is partnering with schools in ten states to help kids catch up and Preface helps the kids do just that.

​Wu’s parents were immigrants and they met at ‘Ol Miss while in graduate school. He grew up in Georgia in Gwinnett County. He explained that twenty-five years ago, his home county was much smaller and there were very few people whom English was their second language. “Fast forward to today and it [Gwinnett County] is representative of what is going on in the US across the county. We have a much more diverse population,” stated Wu.

​Wu said his parents were very involved in his education when he was a kid and made sure he was not goofing off. Wu explained that now many homes have two working parents and lots of those parents are working two jobs. That’s where Preface, Wu’s Foundation, comes in. Preface provides the structure for high school students to tutor elementary students.

​Wu maintains it just makes economic sense to make sure we are empowering all kids to read on grade level. He explained that if you are able to read on level by the third grade you are four times more likely to graduate from high school on time and sixty times less likely to spend time in prison. He also noted that high school dropouts typically receive around $300,000 in government assistance over their lifetimes.

​Wu and his foundation are about to begin working in the Edgefield County area. Wu said they are starting a Preface’s tutoring program in Aiken County in the Ridge Spring-Monettaschools and the deal would be finalized within the next couple of weeks.

​Preface is structured so that elementary school administrators and teachers identify students who need extra help to catch up on their reading skills. The high school’s guidance and administration selects students to serve as tutors. The high school students receive basic reading instruction covering the best practices of teaching kids.

​Wu noted teachers love teaching and parents love their children, but having an older peer teach young kids to read is very effective. He stated his foundation was not inventing tutoring, but was providing a structure to effectively get it in schools on a large scale.

​Wu who attended Princeton University and majored in Public Policy and Public/Private Partnerships said the start of the Preface Foundation began by asking educators how he could help. Wu said what they heard from teachers, educators, and community leaders was teaching reading for many students was a resource issue.

Wu said the educators needed help reaching, connecting, and engaging with students who are behind in their reading due in many cases to language barriers. He said most teachers do not speak multiple languages and they don’t need to, but when a child is learning a language at the same time, they are having to learn the curriculum, it is hard. Wu said research shows kids learn differently when it is a peer-to-peer relationship versus the standard traditional classroom.

Wu noted that the students’ reading levels served by Preface increased and most of the kids served were able to read at orabove grade level. He also noted that the high school students who serve as the volunteers benefited from the program. He said in many cases the high school kids received high school or college course credits for their work with Preface.

The students work together during the school day remotely or in-person. The elementary students are always under the direct supervision of their classroom teacher, but while a student is being tutored, the teacher is able to work with other kids in small or large groups. “We are not replacing what teachers are doing, if anything we are supercharging it,” said Wu.

The structure, resources and services Preface provides to schools are free. Under Wu’s leadership, Preface has developed numerous partnerships. Some of these private sector partners include Google Meet and EPIC which provides over 40,000 books for students to read. Members of Wu’s board include a group of educators with over seventy years of experience among them.

Wu noted every district that Preface is operating in at this point has different policies and procedures, but they are able to make modifications to make sure the program meets local needs. “Every child, no matter where they are born or where they live or language they speak, deserves the educational opportunities and foundations needed to achieve,” concluded Wu.

​For more information about Wu’s foundation go to www.prefaceproject.org.