Planned Develops and Their Role in Edgefield County

By admin on May 2, 2021Comments Off on Planned Develops and Their Role in Edgefield County 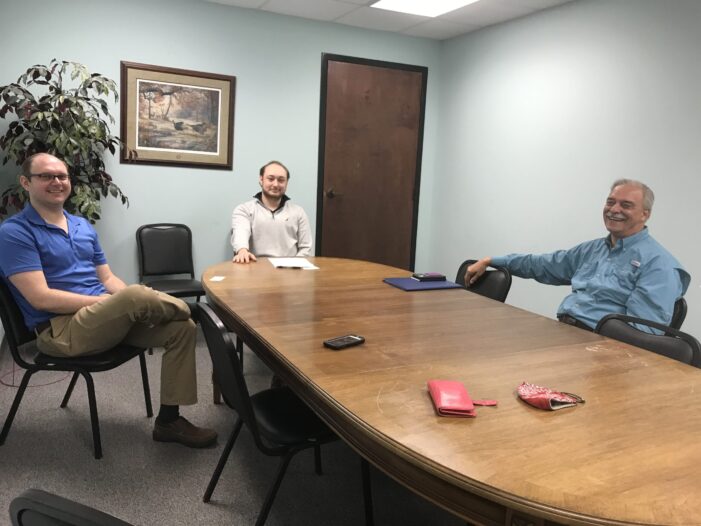 In a standard major subdivision, Edgefield County’s Planning Commission can only review the developer’s proposal to determine if it is in compliance with the regulations the County has on the books.

​With a PD, Singletary explained, there is much more give and take between the County and the developer. “When a PD comes along, they [County Council and Planning Commission] are making judgement decisions,” said Singletary. He said the County Council, the Planning Commission, and the developer can agree to do things in a PD that would not be allowed under the County’s existing zoning regulations.

Roger LeDuc, Edgefield County’s interim Administrator looks at that possibility as a good thing. LeDuc provided the example of the Woodside PD in Aiken County that has around 2,000 residences. He said Woodside has a business park, a medical services area, regular lots, estate lots, townhouses, and patio homes.

​LeDuc said a PD allows for mixed uses that would not be allowed under the County’s existing regulations for a subdivision. He said in a PD the developer and the County basically create a special zoning district that provides the developer far more flexibility than the regulations do for standard large subdivisions.

LeDuc said because a developer is building with an agreed set of zoning regulations with the County, the plan can pack different types of housing (Townhouses and patio homes with smaller lot sizes) in a PD closer to the existing sewer and water system and have larger estate lots with septic tanks in the back of the development.

LeDuc said that the approach of squeezing some homes into smaller areas and spreading others out results in meeting the required average lot size. He also explained that PDs provide the opportunity for the County Council and Planning Commission to negotiate things like the amount of open space and other amenities the development will have.

Singletary said PDs create a zoning category that the County Council has stake in because the Council ultimately votes on whether to approve the project. He said a standard subdivision just has to meet the zoning regulations and those regulations may not have requirements for things like open spaces, additional sidewalks, or the number and sizes of buffer trees and vegetation.

Singletary did note (from a negative viewpoint) that too many demands or requests from the Planning Commission or County Council could result in the developer choosing to build a standard subdivision instead. “If they [Developers and County] can’t come to an agreement, the developer can always come back with a standard subdivision and do the development per the current zoning regulations and you [County] have to look at what that would look like,” said Singletary.

​According to Hart (Doc) Clark, Building and Zoning, there are presently two PDs in Edgefield County, one that is awaiting approval, and a discussion for a fourth. He noted there were dozens of standardsubdivisions already developed, or are in the pipeline. Clark also noted that any developments in Johnston, Trenton, or Edgefield do not count towards the County’s statistics. “The County does not have authority over the Towns,” said Clark.

​Clark said anything the county does has to comply with State law and the County’s Comprehensive Plan.

He stressed that the County can’t make a land-use illegal through regulations.  He gave the example of creating zoning that would only allow apartment complexes where there is no water and sewer availability.“Every land use has to be legal according to State law,” said Clark. He explained the County can make a use highly restrictive, but it can’t make a land-use impossible to do due to State laws.

​LeDuc thinks Edgefield County will see more PDs in the County and the Towns in the future. He said the PDs can require open space and address wildlife, environmental, and topography issues. He said lots of communities require 20-25% of the developer’s land be set aside and not be developed, when creating PDs.  He said the County could determine the amount of land developers have to set aside. Singletary noted that about half of the Windsor PD is open space.

​LeDuc also noted that PDs provide the County and the developers flexibility. He said the clustering of homes that would not be allowed in a standard subdivision, means things like wooded areas with walking trails can be established in the PD. LeDuc also said when developers set aside the open space areas, they often qualify for tax breaks. “It’s good for them [Developers], it’s good for the community, it’s good for a lot of different reasons and that’s why we are seeing more of the PDs because we can meet the needs of those individuals in a certain area,” said LeDuc.

​LeDuc made the point that PDs are typically larger than the ones now in Edgefield County. He also said developers typically build PDs in stages. He noted Woodside in Aiken was started in 1986 and they were still making changes to its zoning in 2010.

LeDuc said changes over time have to be made to zoning regulations due to market conditions changing. “It [LMO] should be a living breathing document that changes can be made as we go forward,” said LeDuc. He noted Tavern Hill and Windsor Place are still evolving as they are still growing even though they have been approved.

​As it stands now, Edgefield County cannot require PDs for all developments and, due to State laws, the county cannot say no to a developer who proposes a standard subdivision that meets the County’s zoning regulations. “PDs can meet the concerns of neighbors,” maintained LeDuc referring to the people who live near a subdivision. LeDuc said, the negotiation process that the developers and the County go through in approving PDs gives residents the opportunity to have input regarding buffers, open spaces, and entrances.

If you have thoughts, questions, or suggestions regarding additional coverage of PDs, please email arthur@edgefieldadvertiser.com.

Planned Develops and Their Role in Edgefield County added by admin on May 2, 2021
View all posts by admin →