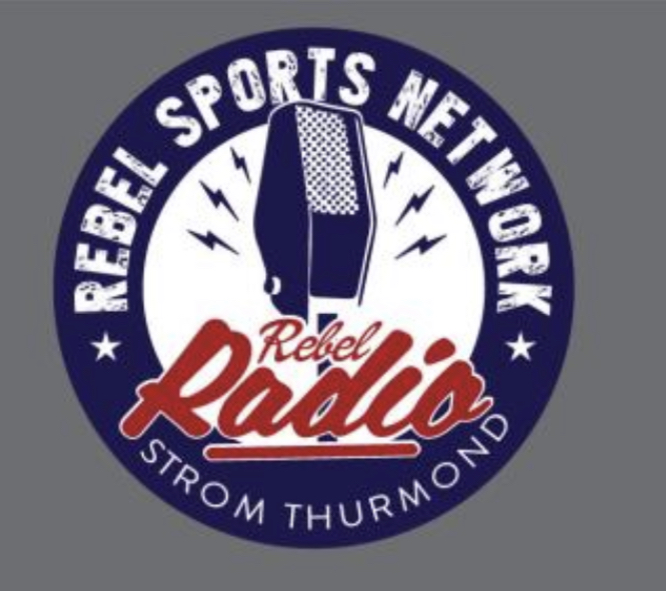 JOHNSTON, S.C.; July 20, 2021 — Generating hype for the Strom Thurmond Rebels football team has never been an issue, but the hype will get taken to another level in 2021 with the addition of a new live midweek show called Rebel RELOAD. Banks Pharmacy in Edgefield will be the presenting sponsor for the show.
The show, which will take place at Edgefield Pool Room each Tuesday night at 7 p.m. beginning August 17, will feature a segment with Head Football Coach Antwaun Hillary, each week’s Farm Bureau Insurance Player of the Game, and various coaches from other sports. The show will take place live and will also be broadcast through the Rebel Radio Network, which can be accessed at the following link: https://rebelsw.in/football2021.
“My team and I are excited to be hosting Rebel RELOAD and believe it will be a great addition to coverage of Strom Thurmond athletics,” said Scott Mims, co-owner of Edgefield Pool Room. “While fans enjoy the show, they can also enjoy the Best Burger in the South.”
The show will be co-hosted by familiar faces as Brian King and Coach Louis Scott will bring their Friday night excitement to Tuesday nights at the Pool Room.
“Rebel RELOAD is something we have been working on since we first came on board last fall,” said Brian King, play-by-play voice of the Rebels. “It will bring an entirely new layer of excitement to Rebel football. Coach Hillary and his staff have been nothing short of amazing in their support of what we, as a broadcast team, are trying to accomplish and I can’t wait to share the stories of all the amazing kids and coaches at Strom Thurmond High School.”
Highlighting their community has always been a passion for the team at Banks Pharmacy, and their new partnership with Rebel RELOAD will only help fuel that passion further, according to Keith Matthews.
“Edgefield County is truly a special place and a very tightknit community,” Matthews said. “We are thrilled to be able to bring Rebel RELOAD to the fans and see this new show as another way we can celebrate all the great things taking place at Strom Thurmond High School.”

The additional focus on other sports adds an important element to the show and, according to Coach Scott, will help fuel interest in all activities at the high school.
“We have so many talented kids here at Strom Thurmond High School and I can’t wait to be able to showcase all that talent during Rebel RELOAD,” Coach Scott said. “Our kids work hard day in and day out and it is exciting, as a ban parent, to be able to see all of the kids enjoy some of the fruit of that hard work.”
The bar of excellence is high for Rebel Football and, by extension for Rebel Radio, but Coach Hillary is confident Rebel RELOAD will bring some new flavor to the program.
“I have always said that Edgefield County is the greatest place on Earth to play high school football and I stand by that,” Coach Hillary said. “Rebel RELOAD will simply be an extension of that and will allow us to not only showcase our program in a way that very few schools can, but also provide our fans with another point of direct access to our program.”
Rebel RELOAD presented by Banks Pharmacy kicks off August 17, 2021 at 7 p.m. The show can be enjoyed live at Edgefield Pool Room, 125 Courthouse Square, Edgefield, SC, or listened to online at https://rebelsw.in/football2021.