By admin on October 6, 2021Comments Off on Travels With Belle, Part 6 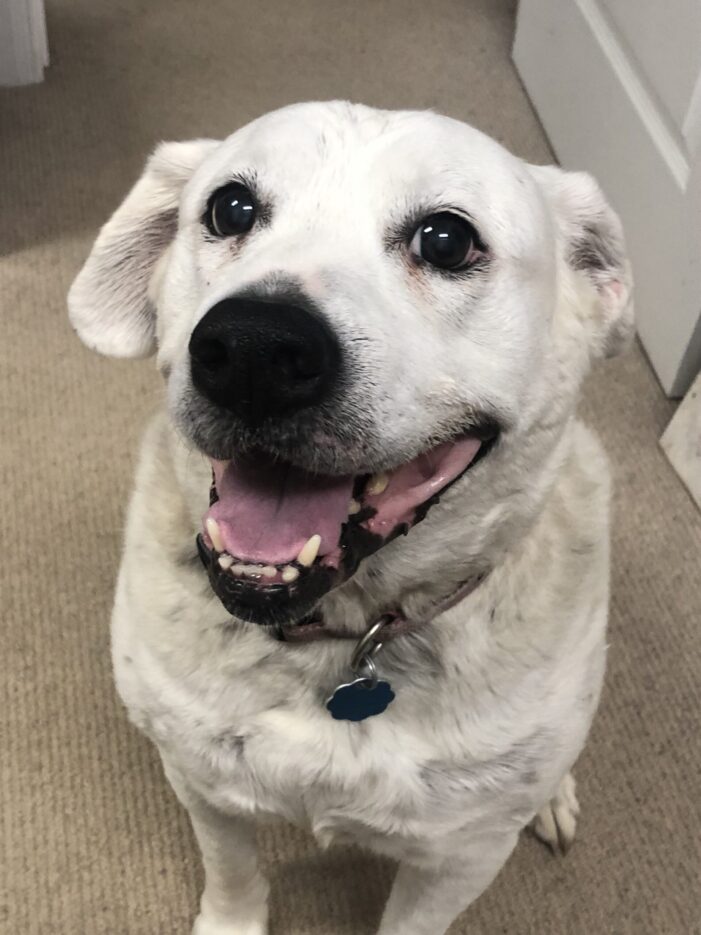 My name is Belle, and you can see my picture. I’ve been travelling with my human companion Robert Scott on a month-long trip from Edgefield across the country and back again, he told me it’s my turn to write, so here goes. This was West Coast week, starting in Seattle and ending in LA.

The dogs on the West Coast are more laid back than those of us from South Carolina. And there are so many of them! My companion has been trying to turn me from being a country dog to being a city dog, but that’s not for me. Seattle is beautiful, and as a half-Lab I like rain so we really liked Seattle. The only down sidefor me was something my companion called an “elevator.” Why would anybody take a country dog to a so-called pet friendly hotel, and then get a room on the 17th floor? I don’t count so well, but that’s more than my number of toes, not counting dew claws (I don’t count dew claws). Seattle, I am told, is one city that has more than the average number of really nice parks, but the closest one with green grass was two blocks from our hotel. It worked, and Seattle was great, but still …

Next, he took me to Portland, Oregon. We were on the first floor (what a relief!) and the nearest park was only one block away. On the other hand, my companion disappeared for over an hour because, he said, there is a really good bookstore there – Powell’s. He spent more money there than he did on my food and treats for the whole trip. And recommends that other humans visit Powell’s bookstore even if that takes a trip to Portland to do it.

We stopped overnight at the base of a tall hill he called Mount Shasta, but all I remember is that it was cold and I’m used to South Carolina. It really was beautiful, and I’m told it looks better in color (whatever that means) than in black-and-white. And we stopped in the Central Valley – which was great, lots of nice, softgrass nearby, lots of space where I could run, and I don’t know why we couldn’t stay there a few more days. But my companion insisted we head on to Los Angeles, and his memories of the Pacific Ocean (he told me he spent years on the Pacific, but he couldn’t explain why). We did go together to an outdoor restaurant at Hermosa Beach, and that is something I can recommend to Edgefield Advertiser readers. Turns out I like seafood! Then again, I also like land food, vegetables, kibbles, and treats. But the view and the experience (there were lots of laid-back California dogs with their companions, none of tnem barked very much, in the same restaurant) was definitely worth the trip.

Next week, it’s his turn to write again, and we’ll be headed eastward from California. I can’t wait to get home. Yes, I’ve learned to be a mountain dog, a suburb dog, and even a city dog during this trip. But, at heart, I’m an Edgefield County country dog. My companion says that deep down he is, too.