By admin on November 5, 2021Comments Off on Teen Town Holds October Reunion 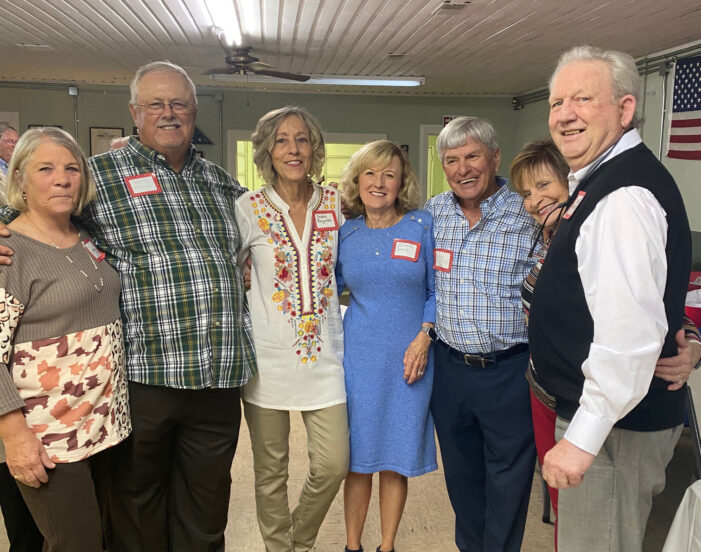 Held in Johnston at Legion Building

A Johnston Teen Town Reunion was held on Saturday, October 23, at the American Legion Building in Johnston. (The first reunion was held in 2019, and the 2020 reunion was cancelled because of COVID). These reunions have been organized by Wayne Christie and Freddie Sherbert in an effort to get people together after many years.

Teen Town began in the mid-1950’s, the brainchild of Nelson Keesee, a retired Navy chaplain, as a place for teenagers to go instead of driving to Aiken or Augusta every Saturday night. Mr. Keesee called a group of teenagers together and they decided to meet on Saturday nights at the American Legion building, and they would have a mayor, a mayor pro-tem, and a clerk.

The first mayor was JImmy Hart. Teen Town had a Board of Trustees (adults) and a Teen Town Council (teenagers). They sold Krispy Kreme doughnuts every Friday as a fundraiser.

Local bands such as the Classic and the Del-Rays played there often, but also more well know bands like the Swinging Medallions and the Cordovans would perform. The late Marvin English , former school principle, supervised Teen Town for many, many years until it closed in the early 70’s.TeenTown will remain a favorite memory for many local Baby Boomers.