By admin on January 24, 2022Comments Off on Edward “Ed” Duffie Winn- Orangeburg 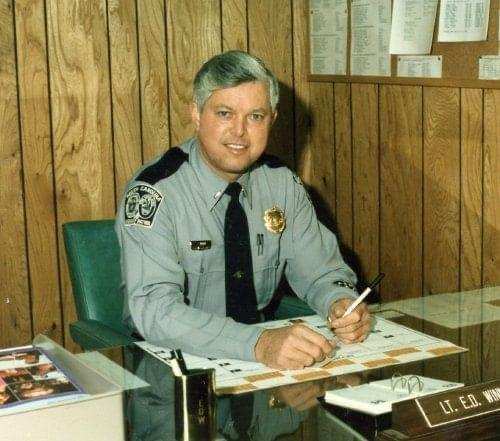 Funeral services will be held at 2:00 pm, Sunday, January 23, 2022, at Dukes-Harley Funeral Home with the Rev. Jim Parnell officiating. Burial will follow in Duncan Chapel Cemetery. Honor Guard will be members of the South Carolina Highway Patrol. The family will receive friends one hour prior to service at Dukes-Harley Funeral Home. CDC guidelines for the COVID-19 virus and social distancing will be observed during the service. All attendees will be required to wear a mask.

Ed was born in Edgefield, SC, a son of the late Lewis Earnest Winn and the late Gertrude Culbreath Winn. He graduated from Edgefield High School in 1957. After high school, Ed went into a program through the U.S Army for six months and completed his training. Later, he returned home and started working for Milliken & Company until he transferred to Pickens, SC and continued working for the same company until 1960. Ed was accepted by the South Carolina Highway Patrol and after his training, he was assigned to Orangeburg District on January 8, 1961 and retired as a Lieutenant in March of 1994. After retiring from the Highway Patrol, Ed opened Winn’s Auto Sales in 1995 with his late wife, Rose. He retired from Winn’s Auto Sales in 2017 due to health reasons.

The family would like to give a special thanks to a special care giver, Vera Brown.