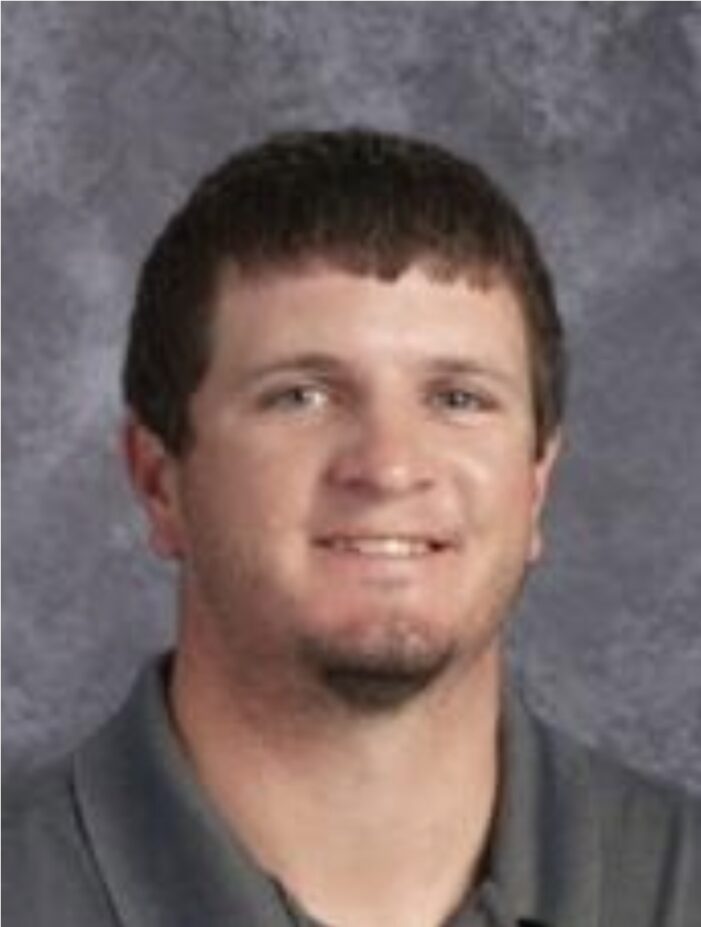 Johnston, SC – At the February 8, 2022 meeting and with a unanimous vote, the Edgefield County School District (ECSD) Board of Trustees appointed Andrew Webb as head football coach of Strom Thurmond High School (STHS). Webb currently works as a teacher and coach at Saluda High School.

“We are pleased to welcome Coach Webb to Edgefield County,” shared ECSD superintendent of schools Dr. Kevin O’Gorman. “With his lifelong passion for football and a strong commitment to building a positive culture for students, he brings invaluable leadership experience in the classroom and on the football field.”

Webb is a graduate of Clinton High School in Laurens County, where he was a star football player. He was a three-year starter and an All-Conference defensive back. He was named the Laurens County Touchdown Club Player of the Year as well as the “Male Athlete of the Year” for his performance in the football, basketball, and baseball programs.

He attended Presbyterian College and the University of South Carolina Upstate for his undergraduate studies. At Presbyterian, he continued to follow his love for the sport, playing defensive back. After graduation, Webb played at the professional level as a two-year starter quarterback for the Greenville Force, a professional indoor football team in the Southern Indoor Football League. He threw over 4,000 yards and made 44 touchdowns for the Force.

”Coach Webb’s record is impressive and is a testament to what he can accomplish on the field for Edgefield County,” shared STHS athletic director Drake Dunlap. “During Coach Webb’s tenure at Saluda, the offense totaled 11,036 yards and averaged 37 points and 356 yards per game. Under his leadership, Saluda won its first state championship in 56 years.”

Drake went on to assert that Webb’s experience beyond the field is what made him the ideal candidate.

“During the interview process, I was equally impressed by his extensive record of leading and mentoring students off the field. It is clear that he is dedicated to making a positive difference in the life of each student he teaches and coaches.”

Webb will officially start his contract with Edgefield County beginning July 1, 2022. However, ECSD anticipates that Coach Webb will be working with the football program to the greatest extent possible this spring.

“The head football coach position of Strom Thurmond High School is an important position for our school and community. Therefore, filling the vacancy with the best possible candidate is a responsibility we take very seriously,” asserted STHS principal Robert Grimm. “We were hopeful that the hiring process could move quickly but were prepared to take as long as needed to find the right fit. We are grateful to have found that individual with Coach Webb and look forward to the impact he will make in our athletics program and in the lives of students.”

Webb expressed gratitude to everyone involved in the hiring process.

“I look forward to this next chapter and am honored to work with Strom Thurmond High students, staff, and families,” Webb stated.  “As an educator and a lifelong learner of football, I am truly excited about the opportunity to apply my experience and leadership skills in Edgefield County,”