By admin on April 4, 2022Comments Off on Barbara Cooper- North Augusta, SC 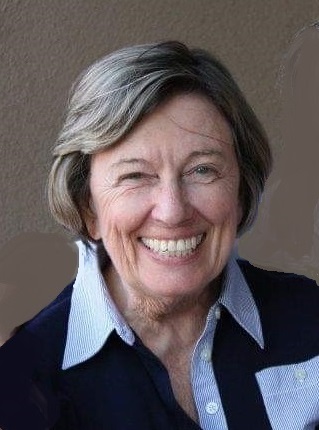 Barbara Kays Cooper died battling cancer on March 30, 2022, with her husband Henry F. Cooper by her side. She was a loving and committed wife and mother—and a dear, kind and gentle lady leaving many friends who knew firsthand her personal, caring witness.

Barbara Francis Kays was born in Pryor, Oklahoma on June 24, 1939 and moved often with her parents who, among other things, worked on the Manhattan Project that brought World War II to an earlier end than otherwise would have occurred.

She began grade school in Richland, Washington and moved frequently (she often claimed every couple of years) before her folks in 1950 came to the Savannah River Plant, where her father, Roy H. Kays, was Chief of Security and her mother,Francis Duncan Kays, was Executive Assistant to the Plant Manager.  Bobbye became a North Augusta High School student, incorrectly thinking she was settled in one place.

Following her graduation in 1957, she attended Columbia College as a freshman, after which she married Henry F. Cooper upon his graduation from Clemson College—now Clemson University. Subsequently, she again moved frequently with him and a growing family, to New Jersey, New Mexico, Californiaand Virginia—including travel during much of five years in Switzerland and other European locations, before recently returning to become again a South Carolina resident in Edgefield County.

During this time, she graduated from The University of New Mexico, while raising three children and giving birth to a fourth. Then, with moves to California and Virginia, she became successfully active in real estate sales.

Throughout her life, Bobbye (as her friends called her) was a proactive Christian—in the early years working with youth groups and later especially in shepherding younger married, working mothers. She worked with the National Prayer Breakfast and actively supported missionary work, particularlyas a Board Member and Chair of Oakseed Ministries International, which supports indigenous ministries sharing the gospel of our Lord Jesus Christ to the needs of the world’s poorest and neglected urban communities. See www.oakseed.org.

The family suggests donations in her memory to appropriate missions, in particular to Oakseed Ministries International, P.O. Box 1139, Wheaton, Il. 60197—whose vision is based on Isaiah 61:1-3.

Posey Funeral Directors of North Augusta in charge of arrangements (803.278.1181).  Visit the registry at www.POSEYCARES.com