Looking Back at Memorial Day in Edgefield 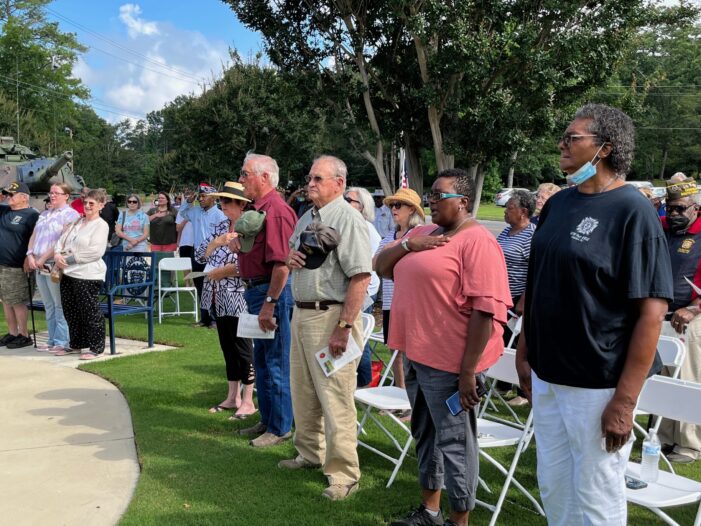 Master of Ceremony Winston Boddie welcomed the large crowd of gatherers who stood watch as Jerome Childs and Tommy Tripp placed a wreath at the base of the American flag. As part of the program, Evangelist Ryan Talbert delivered the opening prayer and “The Star-Spangled Banner” was performed by Larry and Brenda Abney.

Doug Timmerman read aloud the names of the 79 Edgefield County servicemen who perished in wartime. Strom Thurmond H.S. senior Carley Baird played “Taps” on her bugle followed by the release of doves by John McGee. A moving rendition of American the Beautiful, recorded by Ray Charles, was played over the loud speakers.

Looking Back at Memorial Day in Edgefield added by admin on June 9, 2022
View all posts by admin →