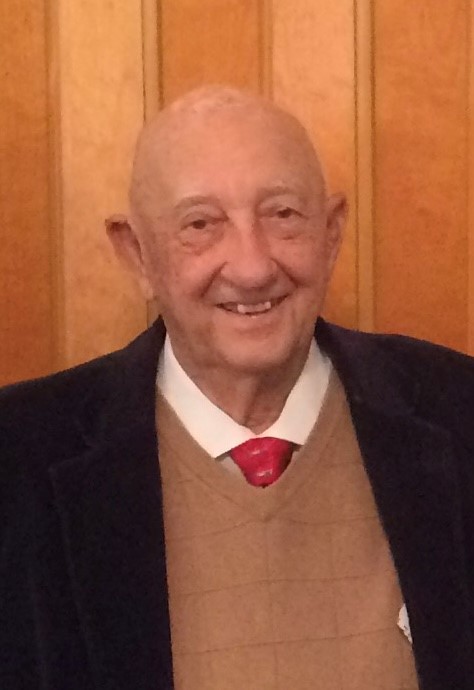 Manly DeLoach (“PeeWee”) Padgett, age 95, died on Sunday, November 20, 2022, after a brief illness.
A lifelong resident of Edgefield, SC, he was the son of Emmie DeLoach and Junius Irving Padgett, Sr. He is survived by his wife of 74 years, Betty Acker Padgett; two daughters: Linda Padgett Steelmon of Edgefield, SC (Sam Alexander, fiance) and Pennye Padgett McCormick (Mike, deceased) of Lakeland, FL; four grandchildren: Elizabeth Steemon McKennedy (Pete Crispell) and Daniel Steelmon of Durham, NC, Tyler DeLoach McCormick of Mulberry, FL, and Benjamin Michael McCormick (Kirstyn) of Ocala, FL; and eight great grandchildren: Luke Simmers, McKayla, Clayton, CJ, Cammie, Asher, Tate, and Frankie McCormick.
He was a member of Gilgal Baptist Church, and he had served as a Sunday School teacher and deacon and also served on The General Board for the SC Baptist Convention.
He was a retired Postmaster having served in the Postal Service for 33 and 1/2 years. After retiring, he became a real estate agent with The Morgan Company.
He was a Merchant Marine Veteran of World War II and a member and past Commander of Hezzie Griffis Post 30. He was chef for the Legion for 15 years. He was a Mason with Concordia Lodge 50, and he served in every elected and appointed office. He was a past Distric Deputy of the 9th Masonic District. He also served as a member of The Masonic Education Committee, a member of the Hejaz Shrine Temple, and the Scottish Rite Temple.
A memorial service will be held at Gilgal Baptist Church on Tuesday, November 29, at 1:00 p.m.
In lieu of flowers, memorials may be made to Gilgal Baptist Church, P. O. Box 42, Edgefield, SC 29824
or to the charity of your choice.