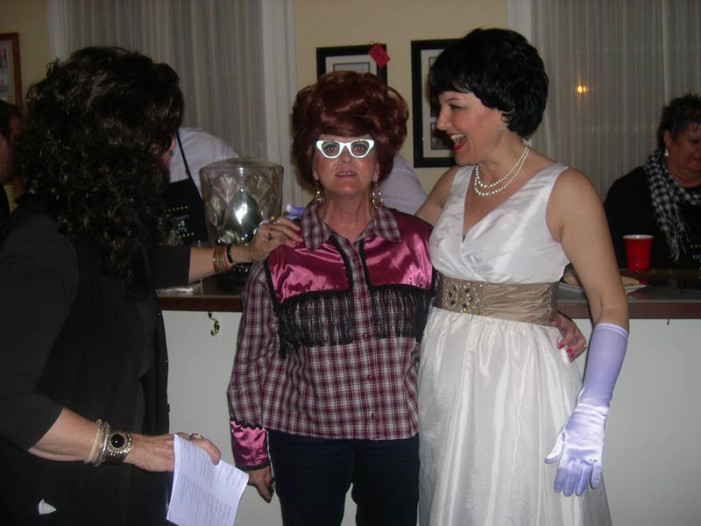 It was a glittering night at the William Bouknight Theatre as theatre board members treated the contributors who have given great support to the theatre. This was Wednesday evening, April 18. These steady supporters were given an invitation to a special showing of Always, Patsy Cline, a musical written by Ted Swindley and directed here in Edgefield by Bradley Watts and is receiving rave reviews as it opens on April 20 for all to see. Black tie was the dress though some chose cocktail – all formal and glittering.

The Gala includes a social hour before curtain time and a grand smorgasbord at the end of the play.  Actors receive the guests in the lobby following the show, as the invitees move toward a smorgasbord for a late night supper.

Laughter and heavy applause had charged the group during the performance, and the kudos to the cast continued to be heard until each member of the audience had had his fill and journeyed home.

An added special treat was having theatre board members dress in serving costumes, white shirts and black pants with an apron sporting the theatre logo, which enhanced the atmosphere of gratitude for the guests’ generosity to the theatre company.

Glitter and Glamour at the Theatre Gala added by admin on April 20, 2012
View all posts by admin →

2 Responses to "Glitter and Glamour at the Theatre Gala"