Barry Naylor ‘Stands Up’ and Makes them Laugh 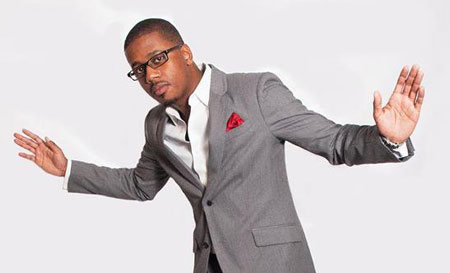 Barry Naylor is a name that many communities of our county will remember.  He was the president of the Strom Thurmond High School 2003 graduating class (also an Honor Graduate), and attended Edgefield County schools from seventh grade up, having attended Mead Hall School in Aiken prior to that.

Some of us knew his grandparents best.  They were the late Emma and Jesse Singleton who lived in the Promise Land out Hwy. 23 from Edgefield.  Barry lost his whole family in an automobile accident — his father, mother and sister. Barry grew up here with his grandparents.

Barry went off to college at the University of Florida in Gainesville where he studied communications and video production.  Actually starting at STHS with Mr. McKinney, he did comedy in the theatre, 2000-2003. (“That is where it all began.”) He continued at UF, taking the basics in Improv through Theatre Strike Force and Comedy Sketch Group (Generations).  This was primarily on campus, and he graduated in 2007.

Then he joined a friend in Tampa who was in an Improv group. Barry offered himself in an open audition, “they laughed” and he got in.  Since 2008 he has been with a group called “Got Jokes Improv.”  This kept him active for 4 years and a half when a friend told him he should do stand-up comedy.

“I was scared at first and did not want to do it,” he said, in an interview with The Advertiser, Thursday, April 4. He pushed himself and did it anyway, and has been doing it ever since.  This was February 2011.  He said folks laughed and clapped and since then he has won a competition and has opened for many comedians. He goes all over Florida.

Well, Barry, what material do you use to make people laugh? was our question.  He says, “I just talk about stuff that has happened.” Then he gave a recent example: “I had to ‘stand-up’ at my pastor’s birthday celebration gathering, and I just suggested some great gift ideas.” (We heard the fun in that.)

“And I am coming home soon,” he said, around May 10, because he has to appear at a birthday party in Aiken.
We are hoping he will drop by The Advertiser office and we can learn more about this young man and his life of fun, being a stand-up comedian.

One Response to "Barry Naylor ‘Stands Up’ and Makes them Laugh"