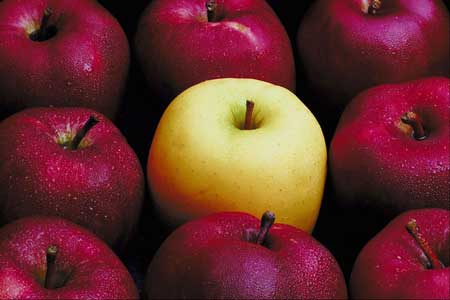 CLEMSON, S.C. – Lowering arsenic levels in apple juice is a step in the right direction, but regulators could and should go further, says Clemson University biologist Lisa Bain, who researches the genetic and developmental effects of arsenic on animals.

The U.S. Food and Drug Administration is moving to decrease the amount of arsenic allowed in apple juice to 10 parts per billion — the same level the U.S. Environmental Protection Agency has set for drinking water. Bain advocates halving the established level to five parts per billion.

Bain’s research shows that arsenic can alter genes in embryonic fish, damaging muscle development. While she does not conduct human research, her results add to the evidence that arsenic is dangerous.

“Arsenic contamination is a concern worldwide, but South Carolina needs to pay close attention because it has above-average levels in some areas,” said Bain, an associate professor in the biological sciences department.

Higher-than-average arsenic concentrations have been found in Colorado, Utah, South Dakota, Wyoming, Arkansas, Idaho, Montana and South Carolina, according to the EPA.

Arsenic occurs naturally. It often is found in soil and rock combined with other elements, forming either organic or inorganic arsenic. The more harmful is inorganic, which has been linked to cancer, developmental defects, heart disease, diabetes and skin ailments. Even at non-fatal doses, arsenic can make people sick, ranging from headaches to heart problems.

Tasteless, odorless and water soluble, the silvery gray element has been used in electronics, mining and smelting, pesticides and paint and wood preservatives. Since the 1970s, government and business have reduced arsenic use.

One Response to "Biologist Urges Less Arsenic in Apple Juice"