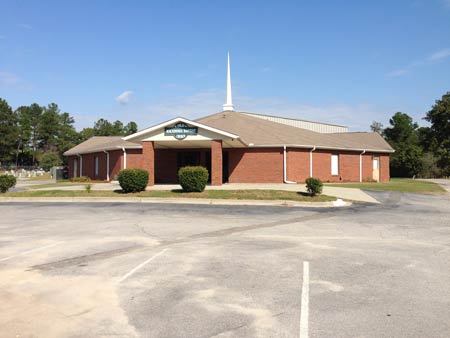 Last Thursday morning an appreciation breakfast was held for the “Lights On After School” program that is in its second year, in Edgefield County.  The breakfast was held in the spacious banquet room of the Old Macedonia Baptist Church whose congregation holds members of the board that runs this nonprofit organization.  This is a program, a project of Afterschool Alliance, that reaches over the country, and in South Carolina (the Governor sent out a proclamation to the press on Thursday saluting the “Lights On” projects), and offers help to children in need in after school tutoring and support.

Heading up the program on Thursday morning was board chairman Tommy Taylor, joined by Superintendent of Schools Greg Anderson, a sponsor Bob Biggers of Regions Bank, Assist. Principal Turner of Douglas Elementary where the program is housed, and Dr. Myrtis Walker, the director of the “Lights On After School” at Douglas and site coordinator JoAnn Broadwater (who has been at her job the full six years of the program).

They were joined by a host of interested friends and supporters including Rep. Bill Clyburn and his wife Beverly; Dr. Alexander Pope of First Providence Baptist Church, and Vickie Butler of Adult Education for Edgefield County. Among the board members assisting with the event were Mack Thomas and Joe Mosley.

Chairman Taylor spoke to the purpose of the organization, followed by remarks of praise and support from Supt. Anderson.

A chance to see the program in action came on Monday afternoon when some photos were made of the children. The program serves 80 children from grades 1-5, children who are in need of extra work to keep them succeeding in school. Children are selected according to need, with the help of their teachers. The program notes: “there are 15.1 million children who are alone and unsupervised after school.”  “Lights On” keeps children safe, help working families and inspire learning.

The program began in 2000, with celebrations in 1200 communities.  It has grown to 7500 Lights On Afterschool. This program is a project of the Afterschool Alliance, a nonprofit organization dedicated to ensuring that all children have access to quality, affordable afterschool programs.

One Response to "Old Macedonia Site of “Lights On” Celebration"