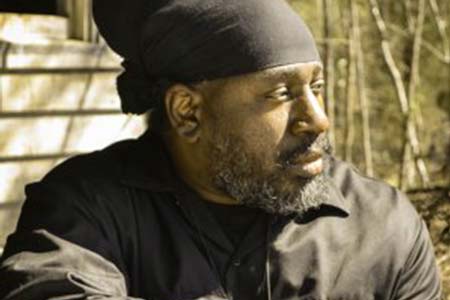 The Dubber is a gentle soul, upon meeting him.  He chuckles easily and talks about having spent summers and vacation with his family in Edgefield County.  However, he got his music training in D.C. and California, and he will be bringing his special “sound” to the audience — for ONLY $10.00, mind you – at the Discovery Center, starting at 7 p.m. until, on Friday evening.

He will also be bringing a Poet, StiDag, and two other music artists for a show that promises much entertainment and a way to get to know this man who has been influenced by his roots, here.

Dubber is his name, but born Wendell Culbreath, and his music is unique.  One of his CDs is called The Global Warning, which stirs up political thought – but should it?

His “With a Feeling,” from this CD is both haunting and soothing.  There is a beat in his songs that does not come from the guitar which he plays, but, again, a mysterious “outer” sound that adds charm to the haunting.

His recent Cleaning Up the Dirty South CD is what his tour (which brings him to Edgefield) features, and hopefully will open the door to the many meanings in its title and songs.

“50 Cent” was here a few years ago, looking at his roots.  Now “Dubber” brings us songs.  What fertile roots these guys spring from.

One Response to "The “Dubber”, Winner SC Art Grant to Perform at Discovery Center"