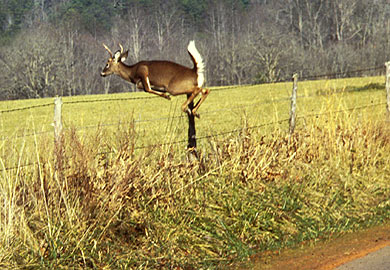 June 25, 2015 – “No changes to deer [laws] this year.” Those were the words of SC State Rep. Bill Hixon when he spoke to The Advertiser, Tuesday, June 23. This comes after the Senate passed a bill earlier this year which would have brought significant changes to deer hunting laws in South Carolina. That bill would have, among other things, set bags limits across the state to 4 antlered and 4 antler-less deer a year and would have required that all deer be tagged. Additionally, with this bill, there would have been no more free tags with the purchase of hunting licenses. Hunters would have instead been charged an additional $15 fee for 8 deer tags. Doe days would also have been eliminated. The bill passed the Senate on March 18, 2015, and was first read in the House of Representatives on March 19. It was then passed to the Agriculture, Natural Resources, and Environmental Affairs Committee which sent it to their Wildlife sub-committee.

Rep. Hixon, Chairman of the Wildlife Committee, first spoke to The Advertiser regarding the Senate’s bill shortly after receiving it. At that time, Rep. Hixon said, “I still have some heartburn with some of the stuff they [the Senate] passed in there.” Apparently he is not the only member in his committee to share these feelings as the bill has stalled in the Wildlife Committee.

One of the items Rep. Hixon took issue with in the Senate’s bill was the fact that hunters would no longer get any tags free with their purchase of a hunting license. “I’m of the belief a person should get something when he purchases a license,” he stated. In speaking with him in our most recent interview, Rep. Hixon stood by that assertion reiterating, “You should get something with your hunting license.” However, this is but one sticking point that has held the bill up in the sub-committee where Hixon said that there is “no clear consensus.” The biggest hurdle this bill may face might be bag limits. As Rep. Hixon explained, the majority of the Wildlife Committee members are from areas that have never had limits on the amount of deer they can harvest. Going from no limit to 8 deer a season is proving to be a tough sell.

In our earlier interview with him, Rep. Hixon had said that changes to the deer hunting laws was an idea brought to law makers by the SC Department of Natural Resources in response to declining numbers in the deer population. Rep. Hixon had stated that he did agree that changes to the deer laws must be instituted to protect the state’s deer population. At that time, he also said that he supported a drop in the bag limit but said that he felt there needed to be statewide consistency in deer hunting laws. He also reminded that SC is the only state with an area that has no bag limit. In our most recent interview, Rep. Hixon said that he still feels this way. “For us to ever have quality deer,” he said, “we need to have some kind of buck limits.”

Although the Senate’s version of the deer bill has stalled in the House, Rep, Hixon said, “It’s not dead; it’s still alive.” He went on to add, “I’m not going to let it die.” In fact, Rep. Hixon said that in response to the inability of his committee to come to an agreement, the Wildlife Committee members have decided to take the issue to the hunters across the state. Specifically, the committee will be hosting meetings this fall around the state in an effort to allow the state’s hunters to voice their concerns and opinions on deer hunting laws. It is his hope that these meetings will give the Wildlife Committee direction as they take up the bill again in January. “We just need to hear what people say so we can pass it [a new deer law] next year,” Rep. Hixon said. To that end, Rep. Hixon is urging hunters to come to the meetings so their voices can be heard. Rep. Hixon said he welcomes feedback on this issue and reminded that hunters may also contact him directly and let them know how they feel about this matter. He can be reached by calling his office at 803-212-6898 or by email at billhixon@schouse.gov.

Rep. Hixon said dates, times, and locations for the proposed Wildlife Committee meetings with the public have not yet been set, but he added that he hopes to bring one of those meetings to Edgefield. Even if and when the House makes the changes to the Senate bill, that bill with the new changes will still have to go back to the Senate for approval. If the bill cannot pass both branches by the end of next year’s term, however, it will die.

The Advertiser will continue to follow this issue and bring updates as they become available. Our previous coverage of this topic can be found in the April 1, 2015 print edition of The Advertiser or here on our website.

One Response to "No Changes to Deer Hunting Laws This Year"