Loss of A Great Edgefield Man — Tonya A. Guy 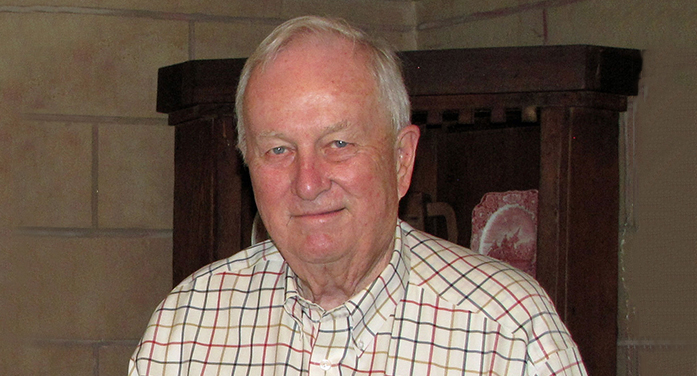 Saying goodbye to a dear friend or loved one is never easy, especially when it is the final farewell.  The only thing that could make it more difficult is when the tie breaks suddenly.  One of my favorite pieces of iconology is the lyre with a broken string. It represents a break between this life and the next or a break in a family or friendship. I actually heard that heart string snap the moment I received the word that Mr. Henry Tillman Snead had died. It was not just his death, but the way he was taken from us–so violently and tragically. He was hit by a car in a parking lot here in Edgefield and died a few hours later at a hospital in Augusta, GA.  Though he never regained consciousness, he did pass on surrounded by loved ones.

Mr. Snead was such a kind and gentle soul–a true son of the South. I attended the services at Trinity Episcopal Church yesterday and the priest called Mr. Snead a gentleman’s gentleman. That description truly fits him. He always greeted everyone he met with a sweet smile and had such a warm demeanor about him.  He had a benevolent heart and loved Edgefield. He was a stanch supporter of the Old Edgefield District Genealogical Society and the Edgefield County Historical Society.

It was his love for his ancestors and Edgefield in general that brought him here to visit for a number of years before he finally decided to make Edgefield his home about four years ago.  He bought and restored the Dr. Edward Jones Mims house, turning it back into one of the most beautiful houses in town.  One of the main reasons he bought the house was because he thought so much of Edgefield, her history and his proud lineage. He wanted to leave a piece of that legacy to his children and grandchildren.

Another project he felt passionate about was keeping the Highview/Tillman Cemetery (burial ground for the early Edgefield Tillman family) clean and free of underbrush.  He was not the kind of man who was intimidated by hard work or a difficult task. He saw the potential in everything and that spurred him on to make great things happen. Mr. Snead was a generous man and supported events and organizations both financially and physically.  I never heard him utter a negative word about anyone or anything.  Though grief swells in the hearts of those who loved him, we can draw comfort from knowing that he has gone to be with His Savior.  The greatest legacy Mr. Henry Tillman Snead left behind was a life well lived and an example that we should all strive to achieve.

2 Responses to "Loss of A Great Edgefield Man — Tonya A. Guy"