Gabriella Nelson, daughter of an Edgefield native now in cancer research at Johns Hopkins, has taken up the Cause of Cancer in an industrious way, organizing a fundraiser at her school that produced $1,600. 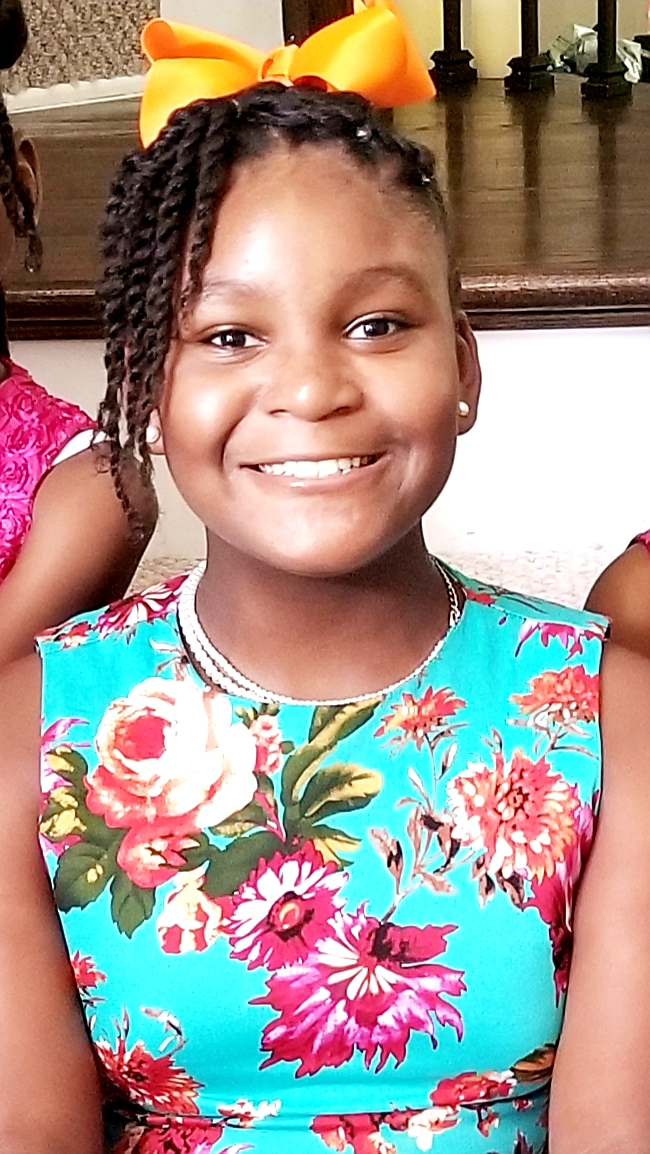 Raised Through Efforts of 9-year-old

Bracelets packaged to disburse to the survivors.

A call from Dwella Moton Nelson to her hometown paper opened the door for this newspaper’s Breast Cancer story, usually published in October, Breast Cancer Month, but now in November.

Dwella Nelson is now Dr. Dwella Moton Nelson, having graduated in 1992 from Strom Thurmond High School and continued her studies, eventually attending Johns Hopkins. She received her undergraduate and doctorate from Clemson and the doctorate is in Chemistry. She was awarded two fellowships to Johns Hopkins, in Pharmacology (first) and Cancer Therapeutics; in 1212 she became an Assist. Professor at Johns Hopkins University in Chemistry and Pharmacology. She is involved in cancer research.

Dr. Nelson, who herself is dedicated to the Breast Cancer Cause in her work, has a daughter, Gabriella, who has taken up the Cause, also, a fourth grader age nine. No doubt she was inspired by her mother, but also, her Grand Ma Nelson was in treatment for breast cancer and is now a cancer survivor.

Gabriella took her interest in the subject of cancer, something her mother has talked about with her as she would speak of the possibility of cures, and Gabriella formulated a way she could contribute to the Cause, especially after her Grand Ma’s experience. She organized her fourth-grade class to help her make bracelets, the kind that are expandable, and the students made enough to eventually raise $1,600 dollars toward the cause of Cancer.  The bracelets were ultimately given to Cancer Survivors.

Miss Nelson’s father fits into this story also.  He is Robert J. Nelson, IV, of Chester, SC, who graduated from Georgia Tech as an engineer. He works for a company in the Raleigh-Durham Triangle and the company doubled the money that the classed raised. And Gabriella has a cheerleader in this endeavor — her six-year-old sister McKayla.

Gabriella’s Class carried their contribution to the cancer institute nearest their school, Duke University Cancer Center, where it will be appropriated for the Cause.

These two women of importance in North Carolina – this mother and daughter team — have their roots in Edgefield, as Dr. Dwella Nelson’s family is both Motons and Cannadys.  They, like the whole community, can feel pride in the accomplishments of the Nelson family and the practice of their concern for cancer and the survivors of breast cancer in particular.

This newspaper hopes to hear more about Dr. Nelson’s study of cancer with articles to follow possibly early in the New Year.

Gabriella Nelson, daughter of an Edgefield native now in cancer research at Johns Hopkins, has taken up the Cause of Cancer in an industrious way, organizing a fundraiser at her school that produced $1,600. added by admin on November 13, 2019
View all posts by admin →

2 Responses to "Gabriella Nelson, daughter of an Edgefield native now in cancer research at Johns Hopkins, has taken up the Cause of Cancer in an industrious way, organizing a fundraiser at her school that produced $1,600."