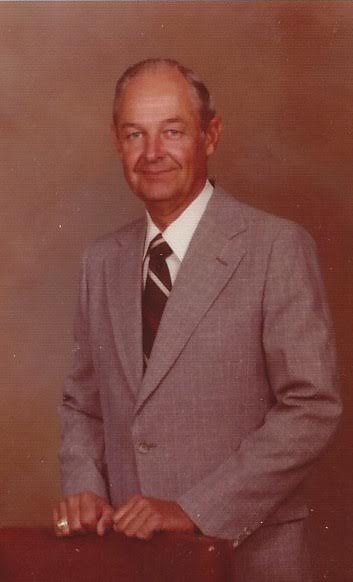 Mr. G. William Rauton, Jr., loving husband of June Herlong Rauton, passed away Monday, February 17, 2020. Services for G. William Rauton, Jr., 91 will be held Saturday, February 22, 2020 at 2:30 pm at the First Baptist Church in Johnston, SC., with a burial following at Mt. of Olives Cemetery in Johnston.  The family will receive friends at 1:00 pm at the Lon B. Knight Building, First Baptist Church, Johnston prior to the 2:30 pm funeral service.

A lifelong resident of Johnston, Mr. Rauton was the son of the late George William Rauton, Sr. and Pearl Witt Rauton.  He graduated from Johnston High School with honors and was a 1949 graduate of Clemson College.  While at Clemson, he was a Company Commander during his senior year, and during that time he was inducted into the National Society of Scabbard and Blades.  He was a member of the YMCA Council and, a member of IPTAY for 61 years.

As a businessman and civic leader, he was owner of Rauton’s Department Store and organized the Merchants Association.  While President, he established a fund to be used to encourage new industries to locate in Johnston.   In 1958, William became owner of Long Cane Plantation and later was elected President of the South Carolina Hereford Association. He was also served in the Army Reserves.

He was very active in civic affairs as he served for 12 years on the City Council and during this time was Mayor ProTem.  He was a member of the Edgefield County School Board, Past President of the Johnston Jaycees and a member of the Masonic Lodge 181 for 60 years.  Also, due to the outdated and poor condition of the Johnston Medical Building, he promoted a plan to renovate this facility and took leadership in securing the funds needed to see this project to completion.

William was a member of the Board of Directors of Ridge Banking Company, and served on the Advisory Board of Bankers Trust, Nations Bank and First Citizens Bank. He was a lifelong member of Johnston First Baptist Church where he served as a deacon in the church and was on the Building and Finance Committee.  He reached out in Christian love to those in need. He was a kind, generous and honorable man and one that was respected as a public servant.

Memorials may be made to the Building Fund, Johnston First Baptist Church, 700 Church Street, Johnston, SC 29832.

The family would like to thank the many friends that have provided caring support during William’s illness, Edgefield County Hospital staff, personal sitters and more recently, Patricia Home Health and Heart of Hospice (formerly Heartstrings Hospice) for the wonderful comfort and love that they provided.  Edgefield Mercantile Funeral Home Johnston Chapel is assisting the family.