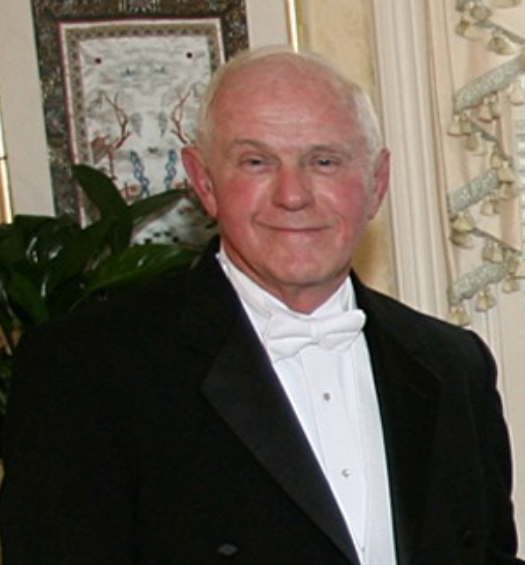 Fletcher was born August 24, 1933 in Edgefield County, South Carolina, son of the late Fletcher Carl Derrick Sr. and Ruby Ripley Derrick. He was born during the depression, and his parents lost their good jobs. They opened a small grocery store in Edgefield County and later moved to a larger store in Johnston, SC. Fletcher delivered groceries, picked peaches, packed peaches, worked in a mill, and worked with a newspaper printer. His mother said he went to Clemson selling peanuts on the street. He finished Johnston High School as President of his class, was in the Beta club, as well as played football and basketball.

At Clemson University, he studied Textiles and then moved to Pre-Med. After that first year at Clemson, he hitchhiked across the country to California to help a young couple to build a house, which was the beginning of Habitat for Humanity. He loved adventure and helping people. At Clemson, he was the Deputy Regimental Commander in the ROTC; he also went to ROTC summer camp. He then got the call to come to Medical School after his 3rd year at Clemson. He immediately knew that he had found his calling in life. After his junior year, being a very religious young man, he helped his good friend, Bill Reames, lead a summer youth revival where Martha Langford was asked to play the organ and help with young people. There was no mistaking that they fell in love that week and were married the next summer for 63 years.

During his senior year at the Medical University of South Carolina, he was a Lt. in the US Army. He then did his internship at Ft. Benning, GA. While there, he was recruited to be a covert courier for the US Army telling no one for 20 years – not even his wife. He traveled all over the world carrying orders and secret documents. He also carried cash to young GI’s who were stationed in the field. He spent three years in Germany – one year as a surgeon for 8th division artillery in Baumholder, Germany where he accompanied the troops on field maneuvers, which he enjoyed very much. He then transferred to Landstuhl Army Hospital, which was the beginning of his urological career. Landstuhl was the Army Medical Center for Europe; he treated soldiers from all combat areas and traveled with them back to Walter Reed Hospital in Washington, DC. During the Cold War, his assignment was to go to East Germany as Commander of the Train bringing wounded from East Germany back to Landstuhl. In this capacity, he was gone for days, and no one knew where he was. At the end of this assignment, he was presented a certificate of excellence in the US Army by Colonel Wilfred Knobeloch who was a classmate of his wife’s father at The Citadel.
He then completed a urology residency at the Medical University of South Carolina and received an award as the Outstanding Resident.
After completing his residency, he was on the faculty
of MUSC where he was on the team that initiated the Kidney Transplantation Program. He subsequently was Professor and Chairman of the Department of Urology at George Washington University from 1970-74; he was also an advisor to the Surgeon General of the Army. The family made a decision to return to Charleston, and he entered private practice with Dr. Raymond Rosenblum. Dr. Derrick and other urologists were instrumental in advancing urology care in both Roper and St. Francis hospitals. When Dr. Rosenblum retired, Derrick joined Lowcountry Urology Clinics.

Dr. Derrick and his wife, Martha, traveled the world, often with children and or grandchildren. Many of those trips involved covert documents. His wife did not suspect anything out of the ordinary. They went on church mission trips to Nepal, Nigeria, and Panama, lecturing at other medical schools, and sightseeing many historical and significant landmarks on seven continents.

In 2002, Fletcher was awarded the Order of The Palmetto, by the State of South Carolina and in 2014 was given the Presidential Citation by the American Urological Association for long-standing contributions to urological education, patient care, and superb clinical judgment and surgical skills. He was at that time the oldest practicing urologist in the USA.

He was a part of the Charleston business and social community as a President of the Charleston County Medical Society, President of the Charleston Trident Chamber of Commerce, member of the Carolina Yacht Club, and a Rotarian. He was one of the founders of the Charleston Rose Society having grown more than 120 varieties of roses; he was also a rose judge for the southeastern United States. His skills as a Rosarian are well known and his gardens at 2 Gibbes and 12 Orange Streets were always on tour. Learning to paint with oils on canvas and linen in the year 2000, he completed over 100 paintings, many of which are on permanent loan to Roper and St. Francis and are hanging on the walls of the corridors and in the rooms of the 8th floor Rehabilitation Ward. Residents of Charleston can also see his artwork in banks and offices around the city.
Fletcher also loved sports of all kinds. After intensive training, he climbed Mt. Kilimanjaro at the age of 70; he climbed with a team of 12 who asked him to give a motivational talk the night before the ascension and voted him to be first to stand at the top of the mountain.

A Clemson alumnus, he was still serving as a Trustee Emeritus for the University. His emphasis at Clemson was an academic one focused on the Nursing and PreMed programs.

Dr. Derrick has often said he witnessed and was a part of a great transition in medicine and surgery. He worked with the General Practice surgeons and watched as surgery and medicine grew into the current super specialization as information grew rapidly through his 61 years since he had graduated from MUSC. On June 30, 2019, Dr. Fletcher C. Derrick, Jr. retired from the practice of urology at Lowcountry Urology Clinics and also retired from the staffs of Roper and St. Francis Hospitals.

He was predeceased by his grandson William James Derrick.