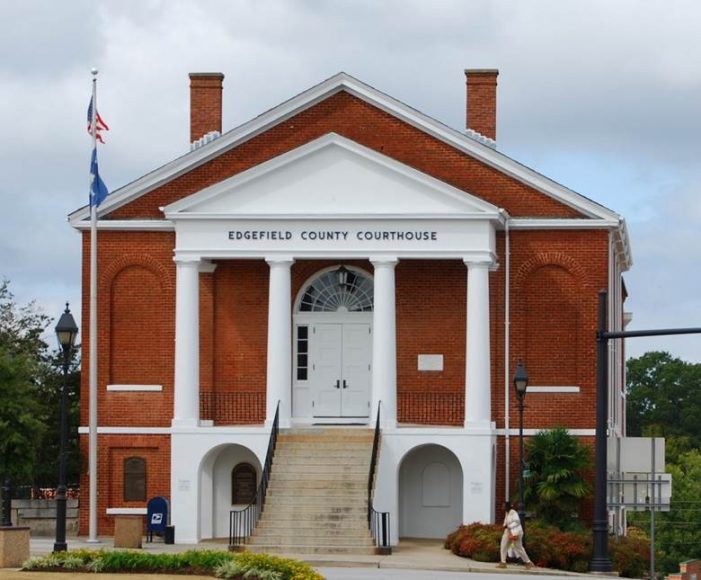 (12:00 p.m. June 10) – The Director of Voter Registration commented this morning that it was a “heavy” turnout in Edgefield County on Tuesday for the two Primaries, Democratic and Republican, that were held in this county.  Dir. Tricia Butler also said it would be attributed to the fact of a Sheriff’s race ongoing here, that “whenever we have a Sheriff’s race, there is a big turnout.”

In the Republican Primary, among the winners were: US Senate, Lindsey Graham with a total of 2496 votes; State Senate, Shane Massey, 2794; Sheriff, Jody Rowland with 1921 and County Council seat for District 5 (a three-way race), 525 was the winning number for Scott Cooper.

In the Democratic Primary, Roosevelt Young won in the Sheriff’s Race with 1770 votes. U.S. House race saw Hosea Cleveland with the winning numbers of 1078.

Today, June 10, Voter Registration does not know if any races qualify for a run-off, but that information will be available on June 11.The full layout of candidates and precinct votes attributed to each will be published in the June 17 print edition of The Edgefield Advertiser.

These are unofficial totals in this article.

Edgefield County Winners in Primaries added by admin on June 10, 2020
View all posts by admin →