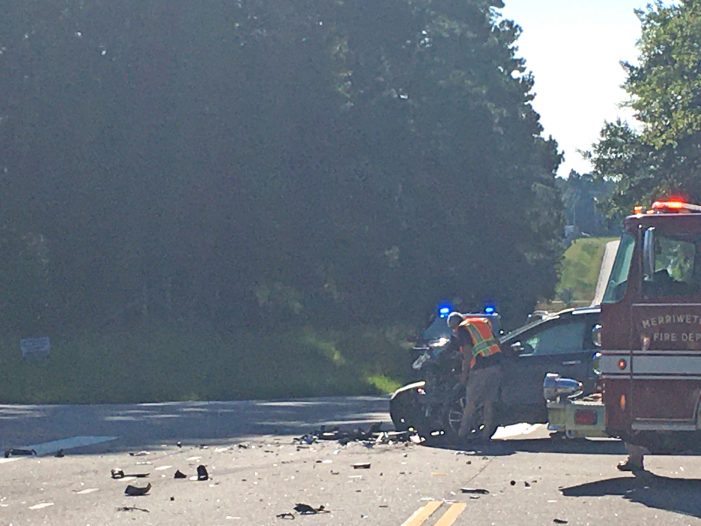 This letter is in reference to the rapid growth happening in the Merriwether Community.  With the development of Tavern Hill, Windsor and Gregory Landing, there will be over 800 new houses built within a 2 mile circle. That’s at least 1,600 additional vehicles on our already crowded and dangerous roads. (See photos). There is another proposed subdivision at the intersection of Mealing Rd and Currytown Rd that has 85 houses planned. By the way, this is where the vehicles involved in the wreck (see accompanying photos) that happened this morning took place. I believe the County Council, as well as the Planning Commission needs to put the brakes on, when it comes to approving anymore subdivisions until we can see if the infrastructure of the county can support what has already been approved. As mentioned in earlier interviews by the County Administrator, Yes these houses will bring in additional revenue, but at the same time they bring additional costs. Two of those being protection and schools. Guess what, the WHOLE county has to pay for these additional services, not just the people living in their new houses. I contacted SCDOT and obtained statistics of the Mealing Rd/Currytown intersection. Their latest survey, which covers September 2016 to March 2020, shows 12 accidents occurring. That’s roughly 4 a year. Just in the last 4 months, there have been almost as many that occurred during the survey timeline. This just shows, because of already completed growth in other areas of the community, our roads are becoming more and more dangerous. I am asking everyone that might be affected by this new growth to contact their Council and Planning representative and ask them to just SLOW down and let’s see what happens after these 800 houses get built then see where we stand.