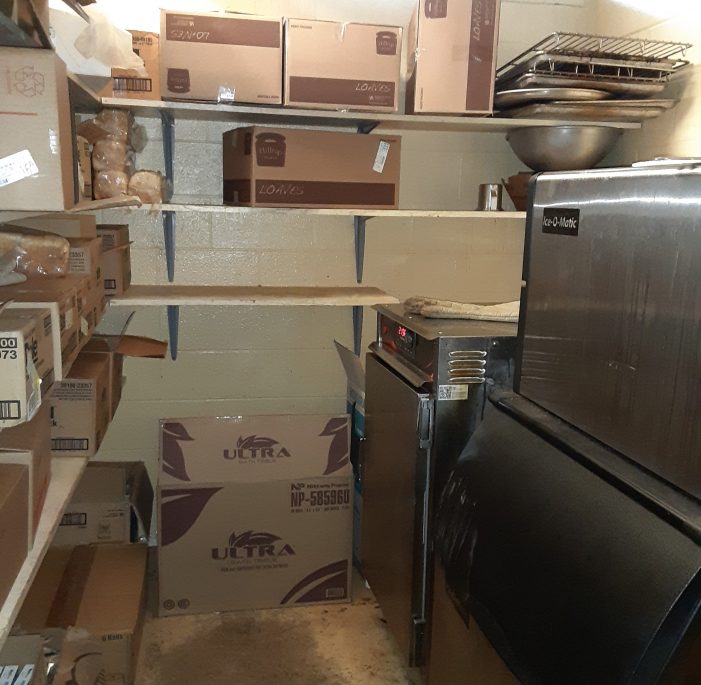 When one speaks of “the jail,” one is usually referring to cells that hold inmates.  Those cells, however, are only one part of the Edgefield County Law Enforcement Center (LEC).  Also housed at the LEC are dispatch/E911, office staff, jailors, and all law enforcement personnel from road deputies, to investigators, to the sheriff.  All of these – including inmates – share this facility also known as “the jail.”  And “the jail,” specifically the need for a new one, has been much the talk of late. As chronicled by the Advertiser, Edgefield County has received numerous warnings from State officials regarding the current jail’s imminent closure.  In fact, voters will the opportunity to decide whether or not to fund a new jail through a Capital Project Sales Tax – aka a penny tax – this November.

The current LEC, erected in 1980, was built when there was a sheriff, one clerk, and a staff of less than 10 employees and was originally intended to have a 20 year life span.  However, today the LEC has an average of 60 inmates incarcerated under normal conditions, holds over 60 employees (including over 30 road deputies), and has exceeded its lifespan by 20 years.

On a recent tour of the LEC, guided by Sheriff Adell Dobey, the Advertiser was given access to every area of the “jail” side – women’s and men’s cells, day/recreation rooms, shower areas, and “the yard” – as well as to the areas that make up the law enforcement personnel’s portion of the building.  When entering the jail side of the facility, immediately noticeable are unpleasant smells, bad lighting, humidity, and an overall tightness of surroundings.  In nearly every interior area on this side there is mold growing. The humid conditions are known to be ripe for the growth, and Sheriff Dobey shared that while the facility is sprayed often, there is no way to combat its continual growth.  Multiple leaks seen throughout from the ceiling perhaps also contribute to this.  Trash cans were seen in several places in attempts to catch the leaks.  Rust is also seen on many of the surfaces.  In fact, this writer saw something I had never seen before – a mirror that is completely rusted over!  All of the jail doors are rusted, and many of the mail-type slots through which the inmates communicate or place their hands to be handcuffed are so rusted that they appear weakened and vulnerable; as if with just a bit of applied force, they might be knocked out.  The hallway between the cells is barely wide enough for one person, and as such, when the aforementioned slots are opened, inmates can easily reach those on the other side.  The Advertiser was told by one source that jailors often have things thrown on them as the narrow passage does not allow room to move out of the way.  While jailors may not be able to escape grasps and other things from inmates, inmates cannot escape the critters.  Dead bugs were seen in several areas.  Sheriff Dobey explained that, again, while regular spraying and attempts to control the pests are employed, the humid conditions make it difficult to control.  Towels were seen placed around the doors of cells in attempts by inmates to keep the critters from entering.  Drainage issues also plague the LEC especially in the form of low water pressure. However, that pales in comparison to the BROWN liquid coming from the drinking fountain in several areas in the facility. Brown water may be considered better than no water, though.  In some cells, no water would issue from the fountains at all.  Sheriff Dobey said that the water “goes out” frequently.

There are those who argue that a jail is not supposed to be a nice place to stay and as such, will have no sympathy for the conditions of areas inhabited by inmates. However, as previously noted, in the LEC the plumbing, water, and air are all shared so that not only are these conditions endured by inmates but by the law enforcement personnel, as well.  In some cases, inmates have more room than the employees.  Describing some of the offices as broom closets is no exaggeration.  The control center, for instance, from where jailors monitor the facility, is so small that two people can barely fit inside.  However, two people are literally locked inside this area for 2 hours at a time.  This dimly lit room has a paltry air system, and as such, a small, portable heating and cooling unit occupies part of the valuable space.  The overwhelming feel of the law enforcement portion of the LEC is cramped, inadequate, and pieced together.  Sheriff Dobey gave an explanation for these sentiments, saying that the building has been cut up and reconfigured over the years to accommodate growth.  Rooms once large have been divided resulting in small shared working spaces.  In fact, the former kitchen area now serves as the booking area for inmates.  Cramped working conditions aside, the building itself is literally falling apart. Missing ceiling tiles were noted throughout the employee side of the LEC that exposed large portions of the air system and the wires in the ceiling.  Loose tiles were also noted on the floors.  One room had so many loose tiles it felt as if the floor was constantly shifting.

Sheriff Dobey was asked if closing a jail facility would be unprecedented.  He replied no, adding that other facilities have been closed for fewer reasons.  To those who say, “Let them close the jail,” the costs the County could incur if such a move is made must be reminded.  As Sheriff Doeby reminded, the inmates and employees would still be the responsibility of the County.  As such, the County would have to pay to house and feed the inmates elsewhere and to transport them back and forth to Edgefield County for court proceedings.  Employees could lose their jobs or be forced to travel longer distances to other facilities to help tend to transferred inmates.

The estimated cost of a new LEC is $28 million which County Council is currently proposing to fund via the CPST.  This would be 1¢added to items purchased within Edgefield County.  The thought behind this tax being that everyone who purchases items in the county – not just property owners and not just county residents – would share the costs to fund a new LEC.  At their most recent monthly meeting, County Council noted the need to impress upon constituents the importance of the CPST, and Chairman Scott Cooper called it “the best way to fund a true need in our county.”  It has been noted in County Council meetings that the full brunt of the cost could fall solely on the shoulders of property owners if the penny tax does not pass.

Voters will have the last word on the funding for a new facility.  However, they will not be given a vote as to whether or not a new facility is needed.  That has already been decided by the State.  As Chairman Cooper noted in Council’s March 2020 meeting, the need for a new jail “is not a new issue.”  The issue now is how it will be funded.

It was brought to the Advertiser’s attention by Administrator Tommy Paradise after our initial article ran in the Aug. 19 2020, print edition that the there is also no sprinkler system in the jail in the event of a fire.  Paradise further explained that in the event of a fire, a jailor will have to physically unlock each cell door to release inmates from their cells.  He cited a fire in another facility in another state in which their jail had a similar system in place.  In that instance, the jailor dropped the key during the fire and could not retrieve it leading to loss of lives.  The proposed new LEC would, of course, have an updated sprinkler system as well as be up to code in regards to fire safety standards.

Tour of Edgefield County Jail added by admin on August 24, 2020
View all posts by admin →