Thornton Weighs in on LMO’s Business and Environmental Impacts 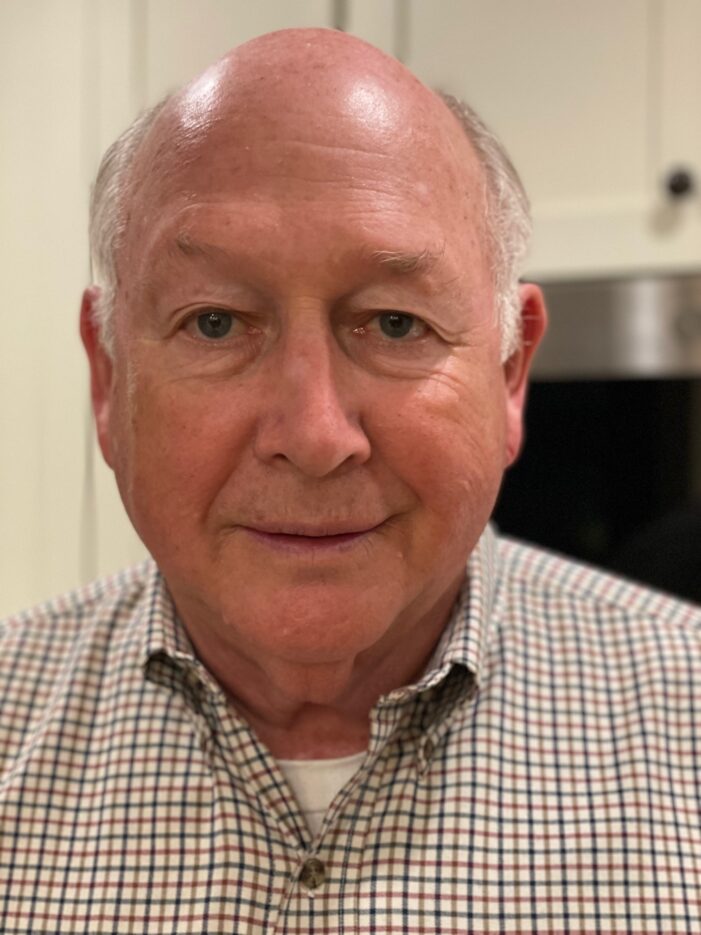 ​The Edgefield Advertiser recently interviewed George Thornton. Thornton has a strong commitment to Edgefield County and provided a couple of perspectives regarding the County’s future. The article is divided into two parts. In Part 1, Thornton weighs in on the impact of the Comprehensive Plan and the Land Megaevent Ordinance on the business climate in the county and in Part 2 he discusses the environmental impact of growth and development from a conservationist perspective.

George Thornton and his wife Beth, invested heavily in the Town of Edgefield. They opened two businesses and credits their closures to a lack of traffic. “Both businesses, if they were in Aiken, would have been a success,” stated Thornton. He noted that both closures broke their hearts because of their commitment to the wellbeing of the community.

Thornton said Nona’s, Crouch Hardware, Wells Fargo, and Burger King have closed in the past couple of years. He said wants to see Edgefield, Johnston, and Trenton have strong vibrant economies and avoid the fate of small towns that are dying all over America. “I don’t want that to happen here,” stressed Thornton.

Thornton explained the Towns’ businesses growing is a chicken and egg situation. He noted as more people move up the three corridors (Hwy 25, Martintown and Sweetwater Roads) and business people can see we have the population, they will open businesses. He thinks that will lead to people who come to the Towns instead of shopping in Aiken or North Augusta all the time.  Thornton said we have to let growth come, but if we stop it, then it’s never going to come. “You’re going to have a ghost town,” said Thornton.

Thornton maintains that we are irresponsible as citizens in the community to not provide an orderly planning process that is thoughtful and meets the needs of all the constituents of the county, not just the current landed gentry. He said Edgefield County needs people of all walks of life and socioeconomic levels that want to move here.

Thornton stressed an economy is healthier if it’s a diverse economy that provides labor for businesses and attracts new businesses. Thornton said growth in economies and communities is based on confidence and people don’t invest unless they understand the direction of where things are going and if we are business friendly.

Thornton said he is frustrated with the people saying I don’t want anyone to tell me what to do with my land but I want to tell you what you can’t do with yours. “You simply can’t have it both ways,” noted Thornton.

Thornton also made the point that the personal attacks on people that are not fact based is not a healthy democratic process and not warranted. He added that the recent discussions around the LMO (Land Management Ordinance) are a positive. “Everything is out in the sunshine, everything is better in the sunshine and we’re talking about it,” stated Thornton.

Thornton believes the LMO is a road map that people can look at and depend on. He said Edgefield County can’t be inefficient with education and utility planning along with other infrastructure needs. Thornton is concerned that pausing the development in the county could have a negative impact on the County’s Towns. “The next logical step after the Comprehensive Plan is to get the LMO right,” concluded Thornton.

Part 2 – A Conservationist Perspective on Growth

​Thornton has spent the vast majority of his professional life as conservationist. (A conservationist practices and advocates for natural resources) Presently Thornton’s passion is practicing sustainable forestry agriculture and preservation of wildlife habitat on his property in the County. He maintains that there is a limited amount of arable (Farmable) land in the county and decisions have to be made to protect that resource.

​Thornton quoted the lyric by Joni Mitchell, “They paved paradise and put in a parking lot,” when describing the challenges facing Edgefield County. Thornton frames the issue in terms of what will we leave our children and grandchildren in fifty to one hundred years with the decisions that are being made now.

​Thornton thinks people need consider the environmental impact of development. He said population growth in the County is inevitable because of the overall growth in the CSRA. (Central Savannah River Area) “People are going to sell their land,” contended Thornton. Thornton said as land prices increase, people or their children will ultimately cash in.

He made the point that there could be 5,000 new homes built in Edgefield County in the next ten years. He contends having those houses in subdivisions tied to a sewage and water system with planned green space is far better environmentally than 5,000 separate septic tanks and unregulated wells on small tracks of land.

​Thornton shared that only 2.5% of the Edisto River watershed from Pickens County to the coast is protected at this point. He noted aquafers are drying up in Texas and the Southwest and because of the draw of water in the Atlanta Georgia area, vegetable farmers in North Florida don’t have the water needed to grow crops. He also noted that Georgia looked at annexing part of Tennessee a few years ago to gain access to river water.

​Thornton used the example of plastic water bottles to make his point about subdivisions versus small tract land development. He explained that one person using a disposable water bottle has no measurable impact just like a ten-acre spread’s impact is small. He said however, when millions of people using several bottles a day or thousands of people putting in wells and septic tanks, it adds up to a big environmental impact. Because of the negative impact of a large number of people developing small tracks of land with wells and septic tanks, Thornton is in favor of higher density development that leaves green space for the environment and wildlife.

​Thornton maintains the solution to the issues facing Edgefield County involves getting unemotional people or at least dispassionate people to sit down and say it’s not about me or you and for them to look to the future.

Thornton said he has heard lots of misinformation regarding zoning and moving forward people on both sides and the County Government needs to meet and listen to complaints. If they find the issues are real and fact based, they need to be addressed and find solutions. Thornton stressed that people need to accept that the LMO is a work in progress.

Thornton Weighs in on LMO’s Business and Environmental Impacts added by admin on March 12, 2021
View all posts by admin →