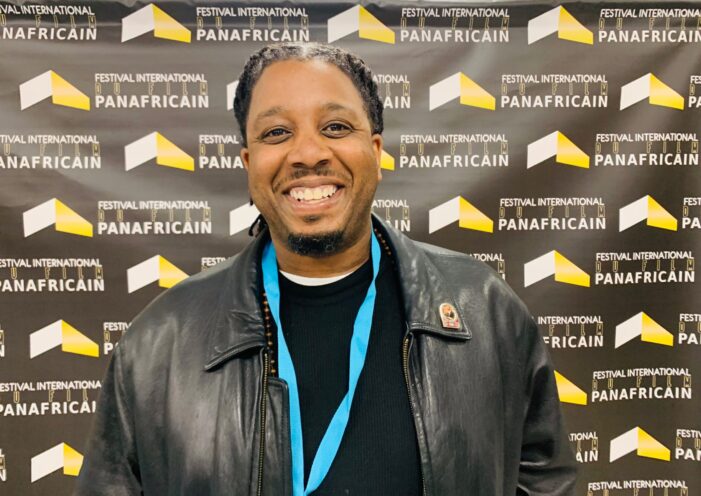 Bennie Mitchell III speaks of the movie he made of his father, It is Well, available on Amazon Prime and other distribution channels.

A Father-Son Story Resulting in a Documentary

Long time Edgefield County residents may remember Mr. Bennie Mitchell. Mitchell Sr. owned a store and a taxi company in Edgefield from the 1950s to the 1970s. His home and businesses were at the end of Moragne St. in the Town of Edgefield. Mitchell Sr. had lost a leg resulting from an injury while serving in the military in World War II.

Bennie Mitchell Jr., who was born in 1948 and the oldest of Mitchell Sr.’s eight children, left Edgefield and in 1966 andattended Benedict College in Columbia, South Carolina. According to Mitchell III, his grandfather instilled the value of“Your name is all you got in this world; if you dirty your name, you dirty your life,” in all his children. The eldest son, Bennie Mitchell Jr., took that value to heart.

After graduating from Benedict in 1970, Mitchell Jr. attended Morehouse School of Religion. He left Morehouse and after a short stint in Saluda, he landed in Savannah, Georgia, and became the third Pastor of Connor Temple Baptist Church.

As the pastor of Connor Temple Baptist, Mitchell Jr. became a prominent Savannah voice in the Civil Rights movement. His work included organizing the nation’s second largest Martin Luther King Jr. parade, leading Savannah to being the first U.S. city to celebrate MKL Jr. Day as an official holiday, and leading the movement to change the Georgia state flag. His work on the Georgia state flag teamed him up with then, Congresswoman Cynthia McKinney. McKinney ran for governor of Georgia in 2018.

In addition, Mitchell Jr. laid the groundwork for the recent successful voter registration drives in Georgia that turned itstwo U.S. Senators Democrat. Mitchell III, who grew up in Savannah and in his father’s church, said he wanted to document in film the piece of history and the role his father played before it was lost.

Mitchell III’s filming journey started at an early age. “My dad received an old VHS camcorder in 1989. I was twelve years old. I let it sit for 3 days. No one touched it. After that, it was mine,” chuckled Mitchell III.

Over the next fifteen years, Mitchell III filmed his father’s sermons at Connor Temple and other churches along with numerous events where his father appeared and spoke. In addition, Mitchell III had thousands of audio cassette tapes recordings of his father and of many other leaders who spoke at his church.

He laughed when he said his father shot at a squirrel and accidently pulled both triggers and stumbled back pinning him to a tree. Mitchell III also shared the story Mitchell Sr. told him of what he and a friend, Brodie Mathis, did in integrating the pharmacy on the square in Edgefield as teenagers in the 1960s. His dad told him they purchased some Lance crackers and sodas but instead of leaving the store, they sat down in one of the booths. Michell III said his father told him the person working the counter said, “They may have integrated but Edgefield hasn’t and ain’t going to. Edgefield ain’t ready for that. Y’all boys get out of here.” Mitchell III said his father told him they ran out pretty quick.

Mitchell Jr., while not a national figure in the civil rights movement, was known and respected by the prominent leadersin the nation. Mitchell Jr., like local Civil Rights leaders across the nation, laid ground work for the movement. “Anyone in Savannah, Georgia that didn’t know who Bennie Mitchell Jr. was, was living under a rock,” said Rev. George Brightharp, Pastor of Mt. Canaan Baptist Church, Trenton.

Mitchell III said he made the movie in tribute to his ancestors so they could understand the hindrances of the advancement of people of color in America. “I owed that to those that came before me, that paved a way that is smoother than the route they were forced to go,” reflected Mitchell III.

Mitchell III’s documentary of his father, It is Well, took eleven years for him to finish. His last interview he filmed of his father was in 2010. That interview inspired him to begin interviewing other people for the movie. His father’s death in 2011 provided him the determination to finish the project resulting in a total of 72 interviews being filmed

In addition to the 72 interviews, Mitchell III had close to 12,000 videos and clips (Called B-rolls in the film industry) to sort through in order to create the film. It is Well features around half the interviews Mitchell III conducted and around fifty percent of the movie is made up of the B-roll video clipsthat documented his father’s life over the years. Mitchell III’s mother, Betty T. Mitchell, served as the Executive Producer for the film.

Mitchell III said as a teen he told his father he was tired of being in his shadow. He said his dad looked at him and said “You will always be in my shadow.” Mitchell III shared that a few years later on a fishing trip his dad asked him if he would become a preacher. Mitchell III told his dad that he would not in the traditional sense, but would do so through his artwork. He told his dad he wanted to take the things he had said and done and create something the way he wanted to. “That was something he was not expecting to hear. He shook his head and let it alone,” noted Mitchell III.  Mitchell III stressed his father was very generous in allowing him to be himself.

​In addition to detailing Bennie Mitchell Jr.’s life and works, It is Well documents many of the civil rights injustices and racism that were occurring in Savannah, Georgia, and across America during the 1980s and 90s. Mitchell III conceded that there were strong leaders like his father across the county doing the on-the-ground work.

​However, Mitchell III noted that there probably is not another local Civil Rights leader in the nation whose life’s work is documented as thoroughly and artistically as the movie It is Well details his father. He admits there were times in making the movie he became discouraged, but the love and support of his mother provided him the focus to continue.

Mitchell said another major motivation for making the film was he wanted his nieces and nephew to know or have a better idea of who their grandfather was and what type of lineage they derive from. Mitchell III said history gets convoluted and swept under the rug. He explained that the video and audio material he had of his father documented not only the history his dad was involved in, but also his dad’s leadership roles in the process.

Civil Rights leaders like Ralph Abernathy and John Lewis knew his dad, according to the filmaker. He noted it was the work done on the local levels that helped make people like them become the “big” players in the Civil Rights movement. “It was bigger than any one person. It was getting the goal done,” contended Mitchell III.

Mitchell III hopes the local view of racism and the Civil Rights movement and what was happening across America detailed in It is Well will have a national appeal so people can learn what was happening in America in the 80s and 90s. “I want to take the movie to another level, to share the message,” concluded Mitchell III.

It is Well is available on-line through Amazon Prime (Prime Video) and other major video distribution channels. A non-profit, Reverend Dr. Bennie R. Mitchell J.r Institute of Human Rights and Civic Responsibility Inc. can be found on-line for anyone interested in donating to help fund college scholarships.

Shining Bright in a Shadow – Bennie Mitchell III added by admin on May 14, 2021
View all posts by admin →

3 Responses to "Shining Bright in a Shadow – Bennie Mitchell III"