Travels With Skipper, Part One 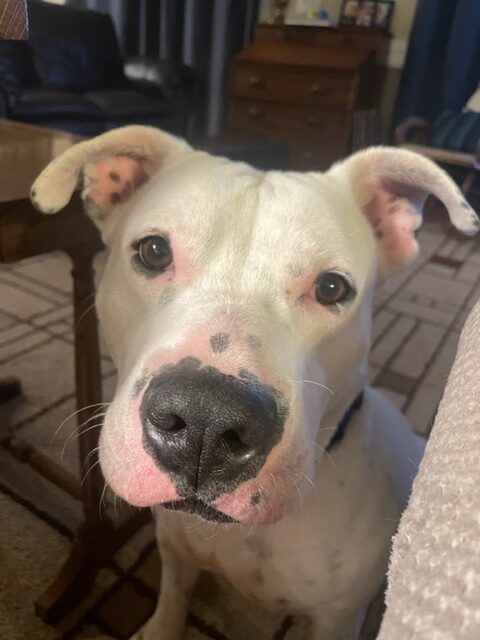 Last September I wrote a series of OpEds that were a travelogue, with my wonderful dog Belle accompanying me on a month-long odyssey to the West Coast and back. Since then, Belle and I have been joined by Skipper, who was rescued from a shelter in south central Georgia later in the fall. As far as we can tell, Skipper has never been farther north than Edgefield County, so I decided that he and I would make a February visit to a favorite niece who lives in upstate New York. Belle is doing fine, but this time she will stay here at her favorite “spa” in Parksville. The two of us are sure to see some snow, which will certainly be a new experience for four-year-old (we think) Skipper!

Our first stop along the way will be to spend a full day in Gettysburg, the site of the most famous Civil War battle north of the Mason-Dixon line. There is a local connection with Gettysburg in the person of General James Longstreet, in command of the Confederate cavalry in that battle. The Confederate Battle Flag that continually flies at a marker on the east side of Martintown Road not far from the Aiken County line commemorates his birthplace not far away, here in Edgefield County. I don’t want to digress from Skipper’s and my trip; there will be a column in the future just about Gen. Longstreet and his post-Civil War stance favoring civil rights and full equality for the freedmen throughout the south.

I’ve never been to Gettysburg, despite that my brother Ralph Scott lives just a couple of hours east in York, PA, the heart of Pennsylvania Dutch country. Skipper and I will be spending a day with Ralph, too, before continuing north into upstate New York, passing through the Appalachian chain, and ending up west of New York state’s huge Adirondack Park.

Another planned stop, this one on the way back, is Cooperstown, NY. Any baseball fan knows that Cooperstown is the home of the Baseball Hall of Fame. Ever since I was a kid, I’ve been a fan – but up until now, I’ve never been to Cooperstown. How to maneuver seeing the Hall of Fame and still taking care of Skipper will be a challenge, but we’ll see how that works out. Cooperstown has another claim to fame: it is the home of author James Fenimore Cooper, who set several of his “Leatherstocking” novels in and around the area. Another is set very near my niece’s home further north. Since retiring from teaching, I’ve had enough time to read (or reread, in a couple of cases) all five of those novels, and Skipper and I are looking forward to stomping around some of the same ground where the fictitious Natty Bumppo and his companion Chingachgook had their adventures two centuries ago.

I am sure Skipper and I will welcome our return to the warmth of Edgefield County after a week or more “up north,” but for now we are both excited about our trip!

Travels With Skipper, Part One added by admin on February 22, 2022
View all posts by admin →

One Response to "Travels With Skipper, Part One"