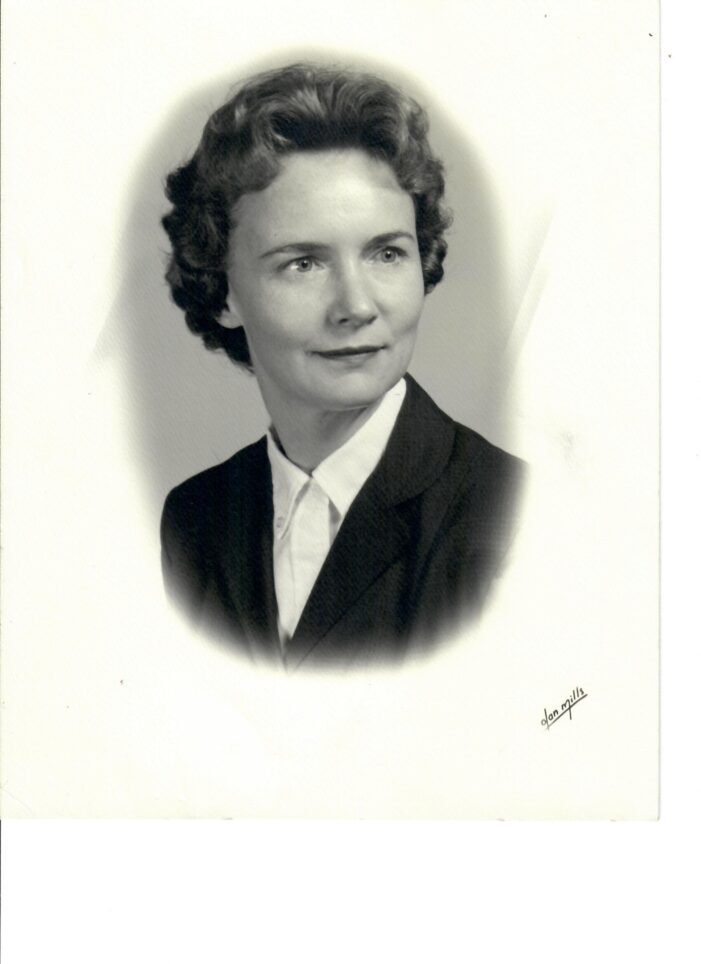 She was born in Mullins, SC, on March 15, 1924, a daughter of the late Lellan Barnes Dawes, Sr. and Frances Watson Dawes. She grew up in the farming community of Loris, SC, attending public schools, graduating from Loris High School. She received a BA degree majoring in Math, English and Spanish in three and a half years from the all-female Winthrop College. In 1943, at the age of 19, Miss Dawes accepted a faculty position as a first year teacher at North Augusta High. She became engaged to “the love of her life”, James M. Edwards, Jr., of Johnston, and they were married on May 28th, 1946, celebrating 70 years of life together until his death in 2016.

Margaret moved her church letter to Johnston First Baptist Church where she began a lifetime of service, activity and reward in the church she has called home for 76 years. She served in many capacities as Director of Missions, youth Sunday School teacher, various Search committees and as a faithful member of the Gleaners Sunday School class and Frances West Circle. She could always be found for Sunday morning worship sitting in a front pew hearing the Word and listening to James and Boots Bandy sing in the Chancel choir.

Upon moving to Johnston, Margaret became a part of the Ward and Trenton High School faculties until their closings, and Johnston High until it was shuttered as well. In 1961, she became a member of the initial faculty of the new Strom Thurmond High School as a Math educator, continuing her career and service to students there until her retirement in 1992. It has been said she never had to raise her voice in the classroom (even as she taught her own two sons). She was a proud advocate of public education and considered teaching to be a calling of the highest order. As an educator, Margaret saw the unlimited opportunity to be of service to others, remaining engaged in education after retirement, as she followed her family’s achievements within their classrooms and as they were building classrooms, too. She never forgot a student, taking tremendous pride in their many accomplishments, maintaining a life-time of fond and grateful relationships, invited to and attending yearly class reunions until 2012.

When not in church or the classroom, Margaret enjoyed following STHS Girls Basketball, vacations at the beach with the “Beach Girls”, Fripp Island and Surfside, the mountains of Montreat, NC, Clemson football weekends, visiting with friends in her backyard and most importantly, every athletic or artistic event her grandchildren participated in. She always had a Tiger rag in one hand or a little money to secretly slip to the athlete/artist “star” in another.

A Celebration of Life will be held on Monday, March 28, 2:00 pm at Johnston First Baptist Church, Johnston, SC, with Rev. Thomas Barwick officiating. The family will receive friends in the church social hall following the service. Interment at Mt. of Olives Cemetery will be private. Mercantile Funeral Home Johnston Chapel is assisting the family with service arrangements.

Margaret Dawes Edwards added by admin on March 28, 2022
View all posts by admin →

One Response to "Margaret Dawes Edwards"