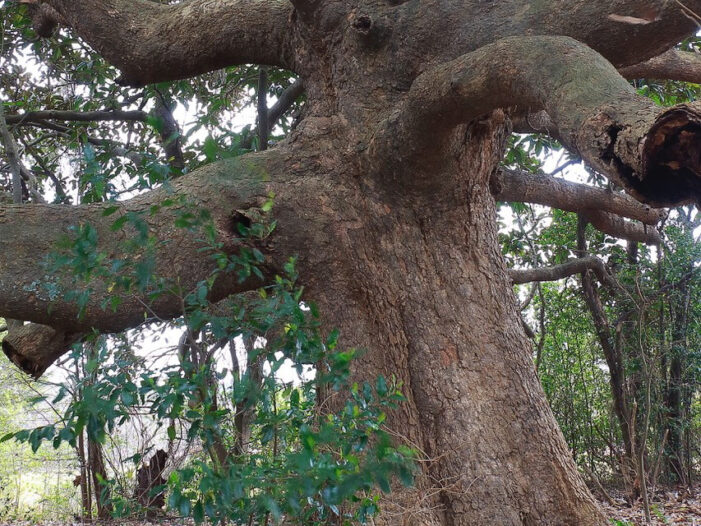 The Edgefield County Historical Society has been given a parcel of land on which stands one of the most magnificent Magnolia trees in South Carolina, and will celebrate the gift during its Summer Meeting at 3 p.m. Sunday, July 24, on the site of the old Curryton Academy in the Meriwether section of Edgefield County.

LeRoy H. Simkins, a direct descendant of Edgefield founder Arthur Simkins (1742-1826) and perhaps the most knowledgeable expert in the Augusta area regarding trees, will be the featured speaker.

The sixty-one-hundredths acre lot includes the tree and is near where the school buildings stood.  It has been deeded to the society by Blue Sky Properties & Investments, LLC, owned by Stuart and Dave Thompson, who are developing the surrounding forty-odd acres into an upscale residential subdivision.

The Currytown Magnolia’s measurements place it just behind two other magnolias in South Carolina. While the two other trees may be larger, many doubt that they can match the magnificent limb and trunk structure of the Curryton Magnolia.

Curryton Academy was located on the site from 1854 until 1892 when the buildings burned. Many prominent families in the Meriwether section, including the Curry, Meriwether, Butler, Shaw and Hammond families, were involved in the founding of this school and their children were educated there. Curryton Academy was widely recognized as one of the finest schools in this region.

The Society plans to create a park with interpretive signage about the tree and the academy.

At the conclusion of the Meeting program, the Society will host a reception under the tree. The public is cordially invited. Submitted