RIDGE SPRING, SC- Mr. James Marion Rauton Sr., age 94, passed away Monday, December 21, 2015. Mr. Rauton was born at home in Ridge Spring, SC where he has been a life-long resident and farmer. He was a member of Mt. Calvary Lutheran Church and enjoyed going to the Farmer’s Market, gardening, and traveling to […]

Julio Elias Ramirez Gomez, 32, of Saluda, was pronounced dead at the scene of a three unit collision that occurred around 6:00 in the morning on Hwy 121 one mile north of Trenton, Wednesday, Dec. 23. According to Lance Corporal Tony Keller of the SC Highway Patrol, Kevin Coleman, 45, of Saluda, was traveling south […]

Four people were arrested Tuesday, Dec. 22, by the Edgefield County Sheriff’s Office as the result of a raid on a residence at 32 Rainforest Lane in North Augusta (Edgefield County). An ECSO incident report details how deputies with the ECSO as well as authorities with the South Carolina Law Enforcement Division (SLED) and the […]

The Columbia County Sheriff’s Office in Georgia issued warrants for the arrest of Brian Diggs, Sr., 30, an employee with the Federal Bureau of Prisons at the Edgefield County Federal Prison, Thursday, Dec. 17. According to documents provided to The Advertiser by the CCSO, Diggs’ three children were removed from his custody in Nov. of […]

FLAGLER BEACH, FLA. – Barbara L. Walsh, 71, passed away on December 10, 2015. Barbara was born in Miami, Florida on August 30, 1944 to Bartow L. Walsh and Catherine Stubbs Walsh. She moved to Flagler Beach in 2002 from Charlotte, N.C. Barbara received her Bachelor’s degree from Erskine College in South Carolina and her […]

DNR to offer youth duck clinic in Georgetown on Jan. 18

The S.C. Department of Natural Resources (DNR) is offering a great opportunity for youth to attend a duck clinic on Jan. 18, 2016 at 10:00 a.m. until 3:00 p.m., in Georgetown County. The free clinic will introduce youth ages 10-17 to the basics of duck hunting. The clinic’s hands-on sessions include: game care and prep, […] 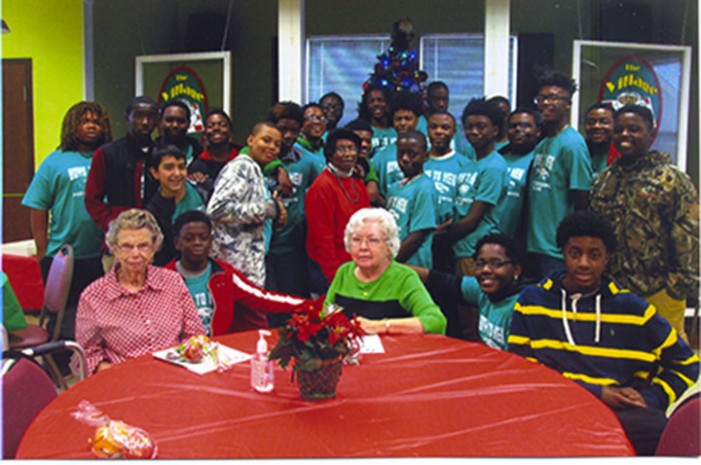 The Boys-to-Men Club enjoyed a visit with the seniors and staff of the ECSCC, Inc., on December 17, 2015. It was a “beautiful and eye-opening experience,” said some of the young men. The students mingled and asked various questions about the life experiences of the seniors. Lots of hugs were exchanged by the seniors and […]